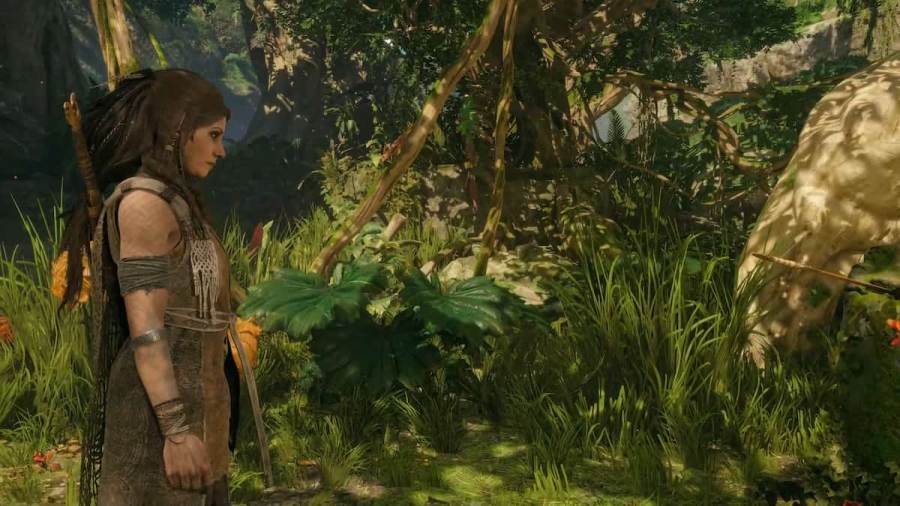 Upon entering the shrine, defeat the Reavers and the Soul Eater. After you have defeated these enemies, you must press deeper into the shrine, but first, you must lower the drawbridge. This is a multi-step process.

Related: Where to find the three torches to unlock the Nornir chest in Myrkr Mines in God of War Ragnarök

Find the red vines on the right of the drawbridge. Have Freya use Sigil Arrows and then ignite the vines with your Blades of Chaos. Have your shield ready to block the attacks from the plant beneath this. Once you clear the vines, throw your Leviathan Axe at the switch that is revealed. Circle around to the left of the bridge and strike the switch on the side of the drawbridge to lower it.

Continue deeper into the shrine. Eventually, you will find a gate that bars the way to a chest. Leave the room where the gate is by lifting the metal door. To the right of this is some brambles—burn these with the Blades of Chaos. Throw your axe to break the chain hidden in the crevice, then circle back around and open the chest to get the Rampage of the Furies in God of War Ragnarök.