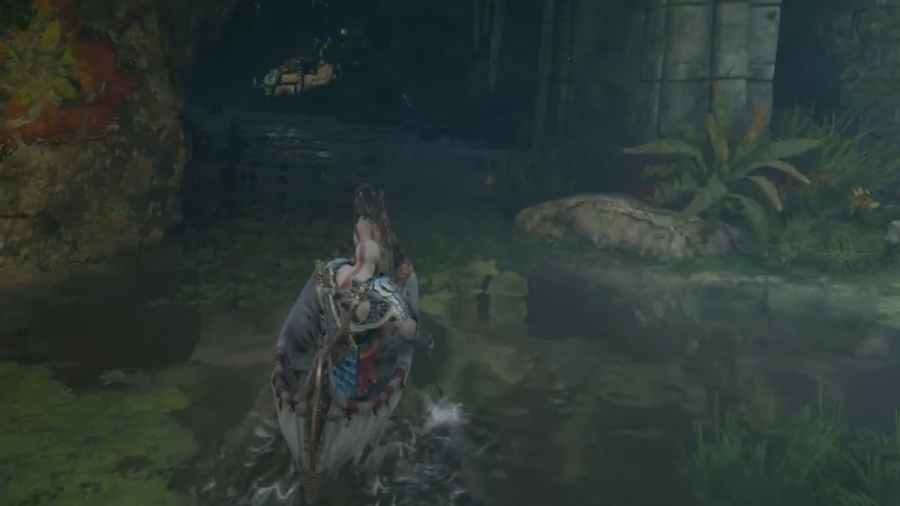 God of War Ragnarök expands upon much of its predecessor but carries over many familiar features. This includes chests sealed shut with runic magic. To open these locked Nornir chests, you must complete various puzzles, including the one in The Veiled Passage. This may leave you wondering how to open the Nornir chest in Vanaheim's The Veiled Passage in God of War Ragnarök.

The Veiled Passage is a hidden area within Vanaheim's Goddess Falls within the Cliffside Ruins area. Inside is a Nornir Chest which must be unlocked by striking three bells. Here is where to find all bells in The Veiled Passage in God of War Ragnarök.

Target the red vines on the first bell and have Freya strike it with a Sigil Arrow. Then, grab a burning coal from the pot behind you. Throw it at the red vines to burn them off and strike the bell.

Related: God of War Ragnarök – What is a ‘Juicy Nokken’?

Target the next bell with Freya's Sigil Arrows three times. Throw your Leviathan Axe to strike the bell.

Target the remaining bell with Sigil Arrows. Throw your axe to strike the bell and unlock the Nornir Chest.

With all three bells struck, return to the Nornir Chest, which will be glowing gold. Open it to collect your rewards. This chest contains a Horn of Blood Mead, increasing your rage after gathering three of them.