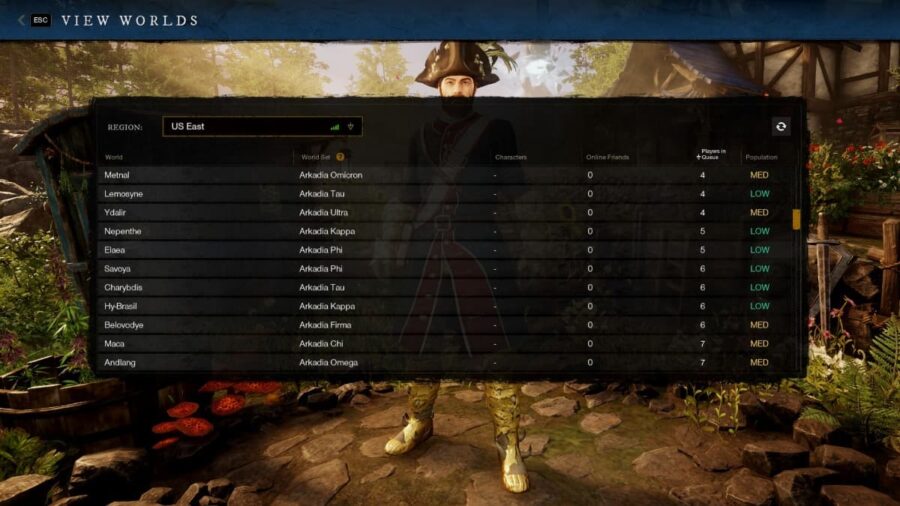 The current number of active New World players is around 21k. 21k is a huge decrease from what we initially saw at launch, and the 70k we last reported. But also like the last report, It's worth pointing out that 21k is a general number and is not the exact number. Currently, we have two number ranges floating around.

Newworldstatus.com reported around 19k as the total number of active players. Steamcharts reports a slightly higher number around 21k. Because of this, it appears the exact number is subject to change and is somewhere around the 19k to 21k margin. The Number will also fluctuate quite regularly so it's difficult to pinpoint an exact figure.

One thing is for sure though, New World has seen a steady drop in players since its launch. The decline can be safely attributed to the plethora of issues, with queues, game-breaking bugs, and questionable development choices. Because of this, it makes sense why the player base dropped down so much.

The New World Server Population is split across several servers. Like previous months, the majority of players are on EU Central severs. According to newworldstatus.com, the total of players currently on EU Central numbers around 11k, a very low number compared to the 43k we last reported.

In theory, this would make EU Central the most populated region in New World, indicating that more EU players are playing the game. For the other numbers and the full list of New World server populations, check the chart below.