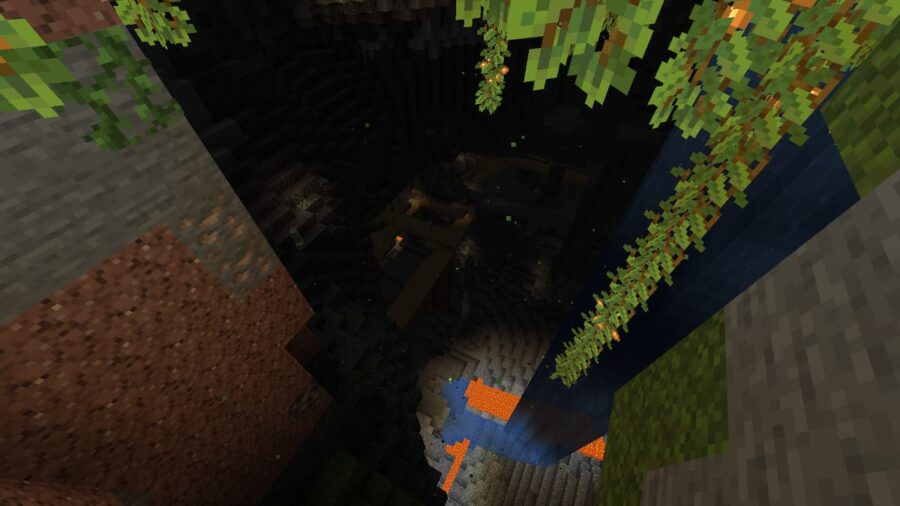 Caves received a huge overhaul in Minecraft patch 1.18, which added a variety of underground biomes that include Lush and Dripstone caves. But since you spawn on the overworld, it's sometimes hard to know whether you’ve got a great cave seed or a bad one. We’ve taken the risk out of it for you and listed the best Minecraft Cave seeds below.

Related: How to get Clay Blocks in Minecraft

An incredible mix of Savanna and Jungle Biomes is dotted with huge caves leading down into the darkness. But the most incredible cave lies a bit farther away, beneath a huge Jungle hill. Mineshafts intersect a vast Lush Cave system with the Dripstone just off in the distance. This is an incredible location for underground adventure, or spelunking!

What sits below the Frozen Ocean? A huge cave system does, as it happens. This incredible cave system makes for the perfect base, with it's built-in mob spawner and vast open space. With only a small island of trees nearby, it's a fantastic challenge map for players looking to tough it out in a frozen wasteland.

The Farlands were a now-deleted Minecraft Biome that was generated at the edge of the world limit. This seed reminds us of that fantastic location because of its crazy cliffs and mix of tiny biomes. But the real adventure begins below the ground, where dozens of Lush Caves intersect with Dripstone Caves, Mineshafts, and Dungeons to form an incredible underground.

Can’t wait to get into a Cave? This is Bedrock’s developer-provided seed for Lush Caves. You can be in the cave in seconds, given that you spawn right next to two entrances. This seed also gives you quick access to almost every type of wood right off the bat, so if you’re looking to build an underground mining system, it’s a great starting spot.

A huge cavern just below your starting spot that covers almost the entire Plains biome above it? Yes, please! This is a great start for players who want to make either a huge cave base or open up a cavern into a massive crater. This is also a great start for Minecraft traditionalists who want standard grass and trees and flatter ground to start off with. But this idyllic land could hide something sinister. An Abandoned Village in the next valley over could hide some secrets.

An Illager tower with a Village within crossbow’s shot is a bad omen, to be sure. The cave the Villagers decided to build their homes by must be lucrative for them to have so many Iron Golems! Head up the hill and free the Allay and Iron Golem to defeat the Pillagers. But in the long term, it might be better to migrate into the cave completely, given there’s a huge underground system of tunnels that lead right down to Deepslate.