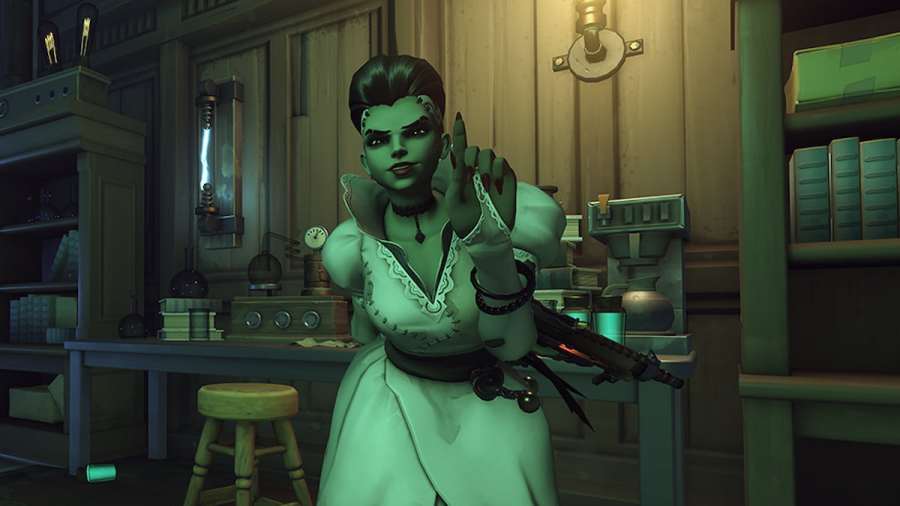 The 2022 Halloween Event in Overwatch 2 definitely throws a couple of curveballs at players. Thankfully, they get four amazing heroes to use, particularly Sojorun and Kiriko, who come in handy throughout this mission. Any player can get through this mission easily if they can stomach the jumpscares.

What do players need to look out for in Junkenstein's Revenge?

Players' biggest issue during this Halloween Event is the extra health of enemies. All bosses have bigger health bars, so even taking down enemies like Symmetra or Echo might take a while. Teams will want to focus on one target before moving on to the next.

This tip will definitely come in handy when the Winstons attack halfway through the mission. It's almost impossible for even Sojourn to solo them, so the entire team really needs to pitch in to kill one at a time.

Once teams reach the castle, they find a ghost that wanders around and deals damage. This thing is invincible, so don't waste time firing at it, just move forward. Later on, players will need to open the door to Junkenstein's Bride Room, but Junkrat tires will be waiting to ambush the team. Sojourn can take these out if she can aim while the rest of the team is opening the door.

Finally, once the end arrives, it's important to focus on Sombra. There will be a bunch of other enemies spawning simultaneously, and it's not a good idea to completely ignore them. When Sombra can be seen, the team should be focused on dropping her health bar. The quicker she dies, the quicker the game mode is over.

Want more Overwatch 2 Guides? Pro Game Guides has you covered with How to play Winston in Overwatch 2 - Abilities and Tips.

Tips and Tricks for surviving Junkenstein’s Revenge in Overwatch 2