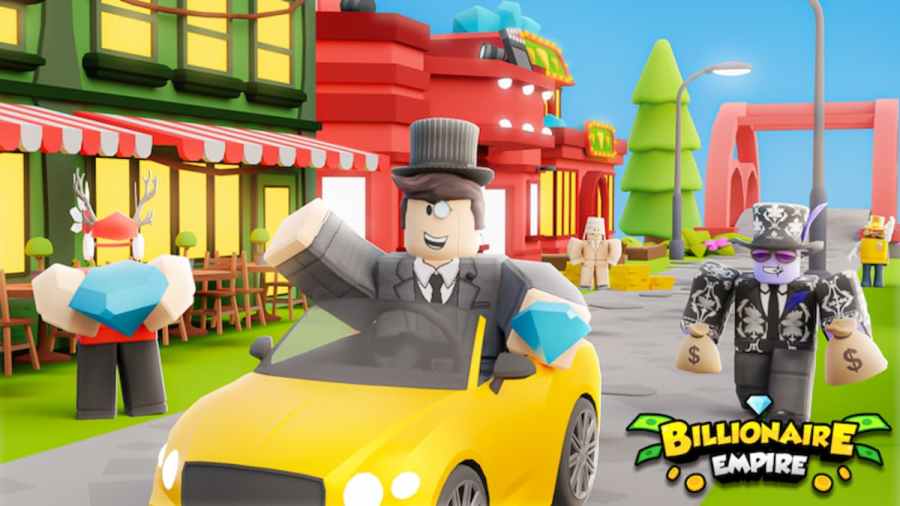 In Billionaire Empire Tycoon, you build up your mansion one floor at a time, creating a factory that makes you profit while building up your estate one level at a time. Change the color of your walls and goods to become the envy of your neighborhood. Of course, you can always buy some nice accessories to show off instead.

The codes you can currently claim for Billionaire Empire Tycoon will give you the in-game currency of Cash and Gold. Use these currencies to fast-track your way to becoming the richest player on your server.

Here's a look at all the working Billionaire Empire Tycoon codes.

These codes for Billionaire Empire Tycoon no longer work.

Here’s everything you need to know regarding Billionaire Empire Tycoon codes.

Redeeming codes for free rewards in Billionaire Empire Tycoon is sure to be easy.

How can you get more Billionaire Empire Tycoon codes?

Our billionaire code gurus send out their minions regularly to look for Billionaire Empire Tycoon codes. Follow the game page above to find regularly updated codes released as a milestone that is made in the game. If you want to keep up-to-date with the developer, be sure to follow them on Twitter @Matsbxb.

If you try out a Billionaire Empire Tycoon code and it doesn’t work, make sure you haven’t put in a typo. It could be as simple as getting the capitalization wrong or mistaking a letter for a number. If you still have no luck, the code may have expired. Most Roblox codes have a shelf life, sorry. Please let us know so we can update this guide and check back soon for new codes.

The temptation in Roblox games is always to enjoy the cosmetic fun of making your creations look cool. But in this tycoon game, the key to success is the droppers. Buy your droppers first to secure your income, then concentrate on the stairs and new floor for your next building level. And when you add the fourth floor, get that second conveyor belt going as fast as possible. Once you’ve added walls to all your floors, remember you can still take a quick way down by dropping down the hopper hole, rather than using the stairs!

What is a Billionaire Empire Tycoon?

In Billionaire Empire Tycoon you take control of a building plot in an area with three other potential billionaires. Spend money to build your factory, adding more droppers and floors to increase cash production. The higher you build, the more you’ll make as you fly towards billionaire status, opening up more cosmetic rewards and options.