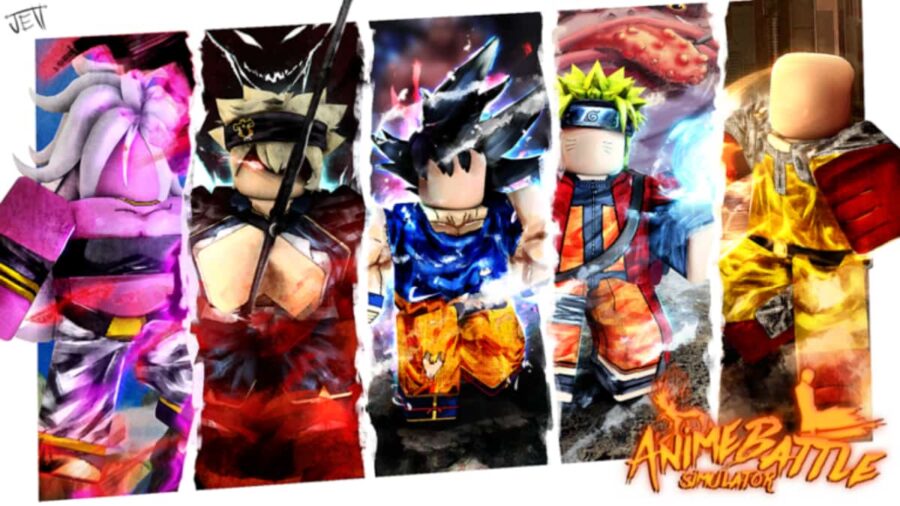 If you are playing Roblox Anime Battle Simulator, then you already know that you must become the ultimate fighter. What better way to become a true legend in Anime Battle Simulator than redeeming some free rewards? Luckily Pro Game Guide's code list is the most up-to-date and is ready to give you the boost you need to stand tall in battle. These codes will give you tons of free items, credits, and even summons to use in battle.

Updated page. Currently, no new codes, but keep on eye on this page with Pro Game Guides!

Here's a look at all working Anime Battle Simulator Codes.

To redeem codes in Roblox Anime Battle Simulator, you will need to locate an anime character that looks like the one below. The anime character will have a blue Twitter Bird ICon above his head and is known as Yamacha in the game.

Press V to talk to Yamcha, and you will be able to redeem each code on our list by entering each working code separately into the text box. Press Enter to redeem your free reward.

Anime Battle Simulator Codes are codes that reward players summonable fighters and tons of free in-game items to use in Battle. Some codes will also reward players with in-game currency called credits.

If you are having trouble redeeming codes for Anime Battle Simulator, it is most likely due to the codes being expired. In short, all codes have an expiration date when they are released, so it is important to redeem them as soon as possible. We recommend bookmarking this page so that you can stay up to date with all the latest codes for Roblox Anime Battle Simulator.

What is Anime Battle Simulator?

Roblox Anime Battle Simulator is a Roblox game set in a universe where Anime worlds collided. The fate of the world is now in the hands of the player, and they must summon spirits to fight by their side. Gameplay features include the ability to learn new skills and abilities with the end goal of becoming the greatest fighter in Anime Battle Simulator.