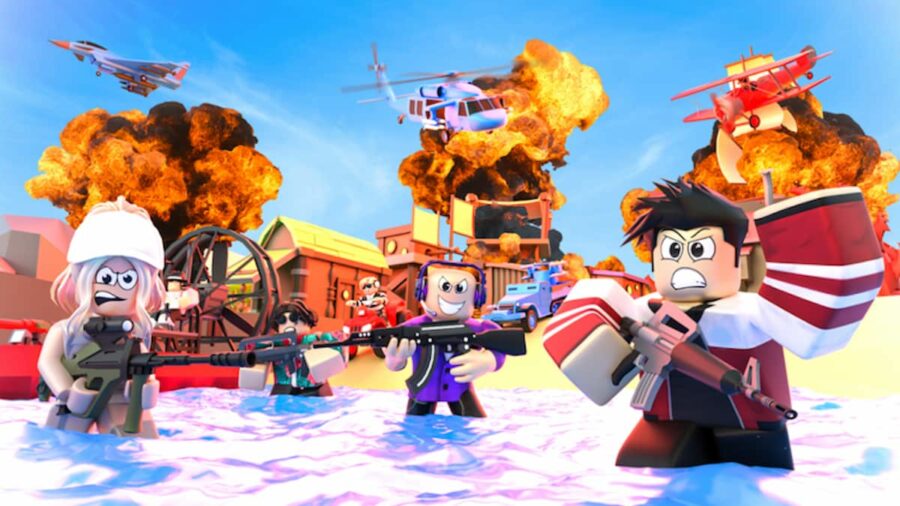 Image via Roblox Base Battles

BIG Paintball meets Island Royale in the fast-paced, competitive experience Base Battles! Join up with friends or play alone as you take down enemies and, you guessed it, defend your base! Use Coins that you earn in-game to purchase better guns that deal more damage and offer all-around better stats, making you a deadly player on the battle field. But what if you don't have enough Coins to buy that one gun that you want more than anything?! You use codes of course!

Our code list below features tons of codes that you can use to rake in the Coins totally for free! Be sure to claim them while you can—they can expire really fast! If you're looking for even more freebies, be sure to check back with this article regularly—we update this list as soon as new codes come out! If you find a code in the Working Codes section that seems expired, please let us know so we can remove it as soon as possible. Keep in mind, also, that you'll need to enter each code exactly as it's written or the experience won't accept it!

If you're looking for more Roblox content to browse while you wait for new codes, check out some of our other related articles including 5 best Roblox games like Call of Duty, Best Roblox Third-Person Shooters, or 7 Best Roblox FPS Games!

Here's a look at all the working Base Battles codes.

These Base Battles codes no longer work.

How to Redeem Base Battles Codes

Redeeming codes in Base Battles can seem like a bit of extra work, so we're here to help! Simply follow the steps below and you'll be claiming codes in no time!

How do I get more Base Battles codes?

What is Base Battles?