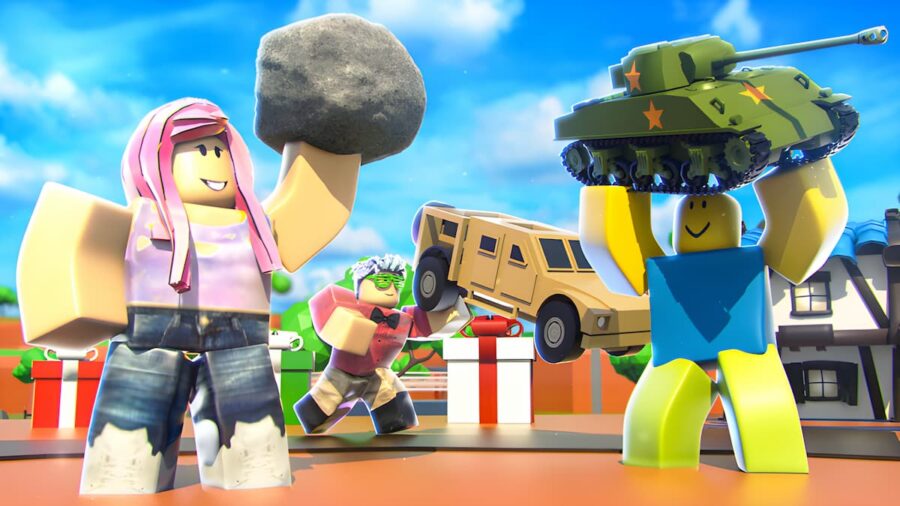 Ever wanted to channel your inner Incredible Hulk and SMASH SMASH SMASH?! Well, now you can in Smash Simulator. Smash objects into the ground to acquire strength that you then sell off to earn coins. With these coin currency, purchase new smashable objects, a better body, and even pets!

Use our Smashing Simulator codes to get buffs to gain incredible strength quickly. These codes can give you free coins, strength, and free boosts, such as x2 Coins, x2 Damage, x2 Health, and x2 Speed! Use these currencies to buff up your character so you can smash things with new objects, increase your body type, and upgrade your DNA!

Here's a look at a list of all the currently available Smashing Simulator codes:

These codes for Smashing Simulator no longer work:

How to redeem Smashing Simulator codes

If you want to redeem codes in Smashing Simulator, you just need to head into the game and hit the Twitter button that you'll find on the left side of your screen. Copy the code from our list and paste it into the text box. Hit the enter button, and you'll receive your reward!

How to get more Smashing Simulator codes

The best method to stay updated with Smashing Simulator codes is to bookmark this page by pressing CTRL + D and keep coming back for the latest codes.

A second way to get new codes is to follow Primeheide on Twitter and join the Starbound Games Roblox Group, where you also get an extra +10% coins when selling in Smashing Simulator.

Secondly, the code in question may have randomly expired. Some codes last a long time, while others may only last a few days. If a working code is expired, please inform us so we can move it to the correct section.

What is Smashing Simulator?

Smashing Simulator is a game that is about exactly as it sounds. You equip an object and smash it into the ground to level up and gain strength—this is then sold to gain coins. Use the coins to buy new objects to smash, a new body type to hold more strength, and when you have enough coins, you can even change your DNA to get multipliers!

Keep on buying new objects and new body types to get as buff as possible. Then if you desire, start fights with your friends and others on the game! Use your coins to purchase pets that can give you a wide variety of buffs to make you even stronger!