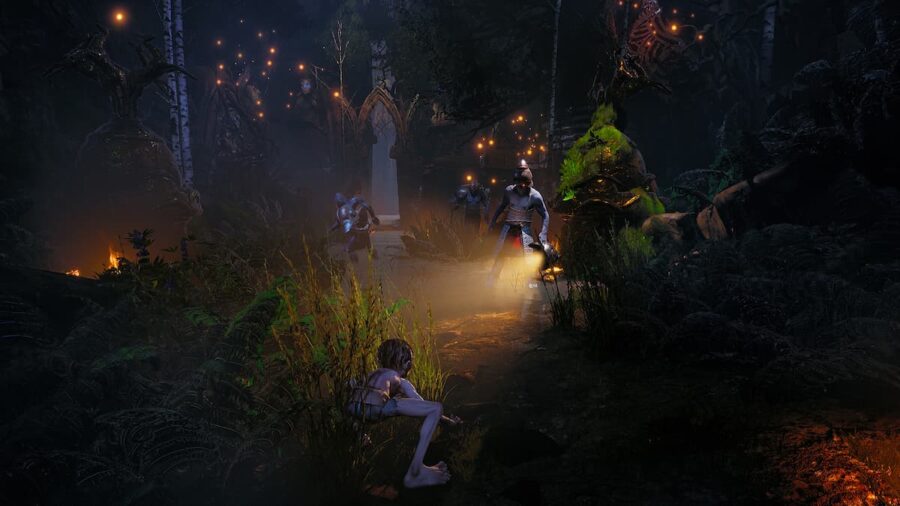 There is a lot of debate about whether The Lord of the Rings: Gollum can be considered canon, which is normally the debate for any game or movie made about the series. The company Middle-earth Enterprises, which owns the motion pictures, merchandise, stage, services, and other rights to The Lord of the Rings and The Hobbit books, has worked closely with the game, according to a recently released Steam FAQ.

How closely does The Lord of the Rings: Gollum follow the lore?

You control Gollum, so not every action you take as the character is canon, but all the events and characters are. Developer Daedalic Entertainment clarified whenever a new piece of material is "officially accepted into the storyline," it is canon. It is confusing, but basically, if it is mentioned in the books, it is canon, but if it is something entirely new, it needed to be approved by Middle-earth Enterprises.

Related: When does Lord of the Rings: Gollum Release?

Middle-earth Enterprises reviews all elements of the game to ensure that they follow the story as closely as possible. This is as close to canon as you can normally get. If all you consider is the works of J.R.R. Tolkien and his son Christopher Tolkien, then no, none of this is canon. J.R.R. Tolkien died in 1973, and Christopher Tolkien died in 2020, so nothing made after that will be canon by those standards.

When does The Lord of the Rings: Gollum take place in the lore?

Is The Lord of the Rings: Gollum canon?