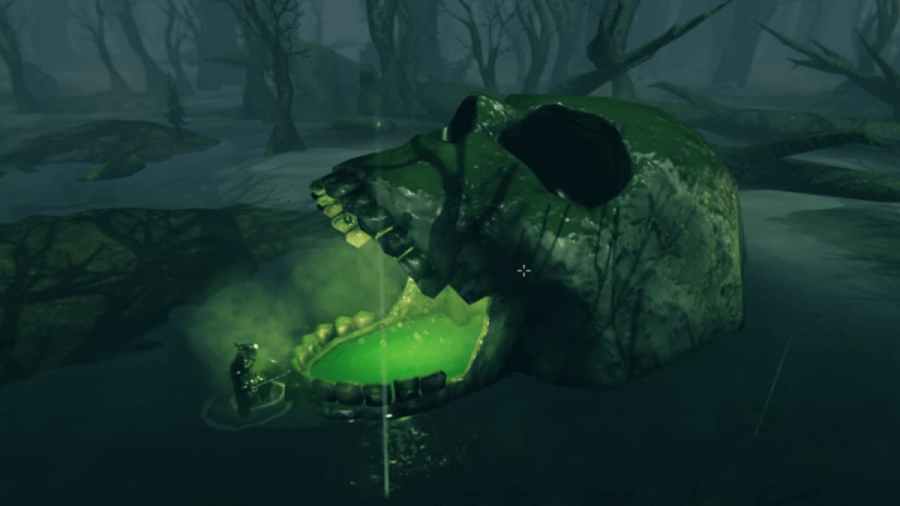 Deep within the swamp lurks the third boss in Valheim, Bonemass. However, it's not clear how to summon or even beat him when you do. Luckily we at Pro Game Guides know every trick you can use to beat Bonemass and summon him. We recommend preparing yourself and reading up on everything you need to defeat and summon Bonemass in this guide.

How to summon Bonemass in Valheim - Bonemass Boss Location

To summon Bonemass in Valheim, you must gather 10 Withered Bones from the sunken crypts within the Swamp biome. Before you delve deep into crypts, you must get a Swamp Key first. You should have the second Swamp Key, but if you haven't, you can get the key by beating the Elder boss in Valheim. After you get your SwampKey, you can head into the sunken crypts and get Withered Bones, but we recommend bringing along at least a Bronze Pickaxe or an Iron one. We also recommend bringing along some poison mead and at least iron or bronze-tier armor and weapons, as the Swamp Biome is dangerous

After a while, you should amass at least 10 Withered Bones that you can use to summon Bonemass at his Shrine. To find Bonemass's shrine, you must find their rune stone that reveals the location. Luckily you can find the rune that reveals the shrine's location in the same crypts as the bones.You can also find the rune stone on the ground level of ruins in the swamp, but be careful as these ruins most likely contain monster spawners that spawn elite mobs. We recommend taking these spawners out as fast as possible so you can explore and potentially find the Shrine.

Once you find the shrine, walk up and press e on it as shown above to reveal Bonemass's location. When you find the location, you can summon Bonemass by throwing the ten withered bones inside his altar. His altar is a colossal bone skull with green slime, and to summon him, you need to have the withered bones on your hot bar. After this, bonemass will appear, but before summoning him, we recommend making the following preparations to help defeat Bonemass:

Related: What is Soft Tissue, and how to use it in Valheim?

How to defeat Bonemass in Valheim

For more on Valheim, we at PGG have you covered with a vast array of guides like How to clear the fog in the Valheim Mistlands Biome and Valheim Cheats & Console Commands (December 2022).

How to summon and defeat Bonemass in Valheim – Boss Fight Guide