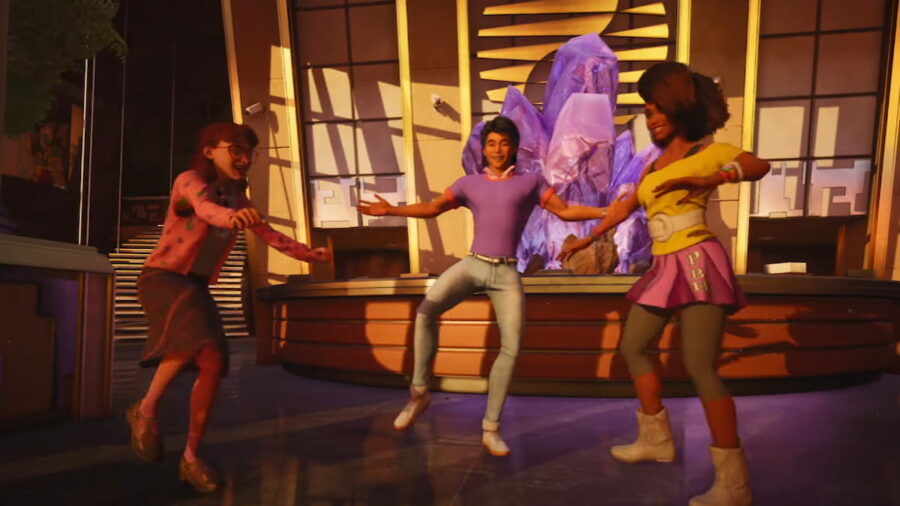 VHS's cast includes both monsters and teens from the Video Horror Society in a Dead-by-Daylight style of gameplay. As such, players can take on the various roles of the teens and/or monsters. Here are all the teens and the roles they play in VHS.

Brett is the wild and strong type who naturally fills the role of the tank. As the Champion class, his perks include Born Tough 1-3, Never Say Die 1-3, and Vice Grip 1-3. Play as Brett to defend friends against the perilous monsters of horror movie legend.

This red-headed, glasses-clad girl is the healer of the group. Faith is the main support-role character with the perks Healing Hands 1-3, Magic Touch 1-3, and Secret Admirer 1-3. Play as Faith to help friends survive the perilous monsters of horror movie legend.

Gloria takes the leading role within the group with her cheerleading attitude. She gets supporting perks Friend Zone 1-3, Lightning Fast 1-3, and Team Spirit 1-3. Play as Gloria to lead a group to victory against the perilous monsters of horror movie legend.

Jess is an Assassin with both dark aesthetics and abilities. She has perks such as Evil Eye 1-3, Low Profile 1-3, and Silent Shadow 1-3. Strike foes from the dark as Jess to help friends defeat the perilous monsters of horror movie legend.

As the Rebel class, Leo is a transformative character who can roam on his own. Roaming is his main aspect of play with perks like Head Trip 1-3, Quick Fix 1-3, and Street Smart 1-3. Play without a team as Leo and defeat the perilous monsters of horror movie legend.

Check out more of our VHS content here on Pro Game Guides.

How to mark a spot in VHS Game

When does VHS The Game release?

All Monsters and their mutations in VHS Game