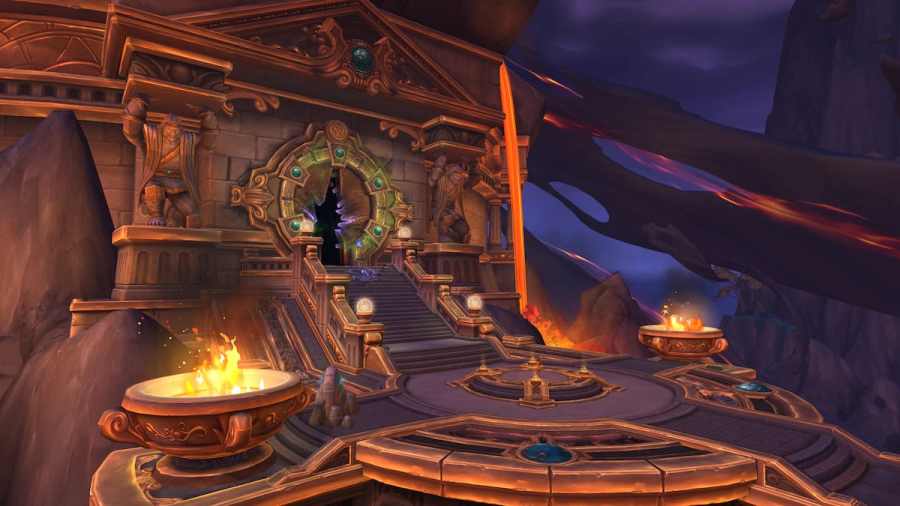 Renown is a major source of loot and other useful goodies in World of Warcraft Dragonflight. As the expansion itself is positive toward alts, or alternative characters, you may question whether or not Renown is account wide. The answer is technically no, but it is not that straightforward. Here's all we know about Renown and how it affects your account in World of Warcraft Dragonflight.

Renown is not account-wide. If you play your main character, gain a level of Renown in one of the major factions, then switch to another character, you'll notice that the Renown level of that second character has not changed. However, many of the benefits you gain for ranking up your renown are.

For starters, a majority of the major mechanics that are unlockable through Renown levels with the four major factions are, in fact, account wide. As an example, the climbing min-game world quest that unlocks at a higher rank with the Dragonscale Expedition is unlocked for your entire account once one character has reached that threshold. What this means is that other characters on your account, regardless of their Renown levels, can participate in the climbing mini-game, and they will see these world quests appear on the map itself.

To contrast this, though, many things are not unlocked account wide. Most, if not all, cosmetic Renown rewards are omitted from being shared across your account. Renown ranks that allow you to buy gear from their respective vendors also are not account-based. This means there is still plenty to grind for on your alts.

While this is unfortunate, the upside is that, at certain thresholds of Renown, reputation gains are doubled for all characters on your account. These thresholds are Renown level 10 and 20 for each Renown faction. Once a character has reaches these thresholds, however, the Renown bonus ends. So, if your main character is Renown rank 10 with the Dragonscale Expedition, then all of characters on your account with receive double the Renown gain until they reach rank 10 as well. The same goes for rank 20.