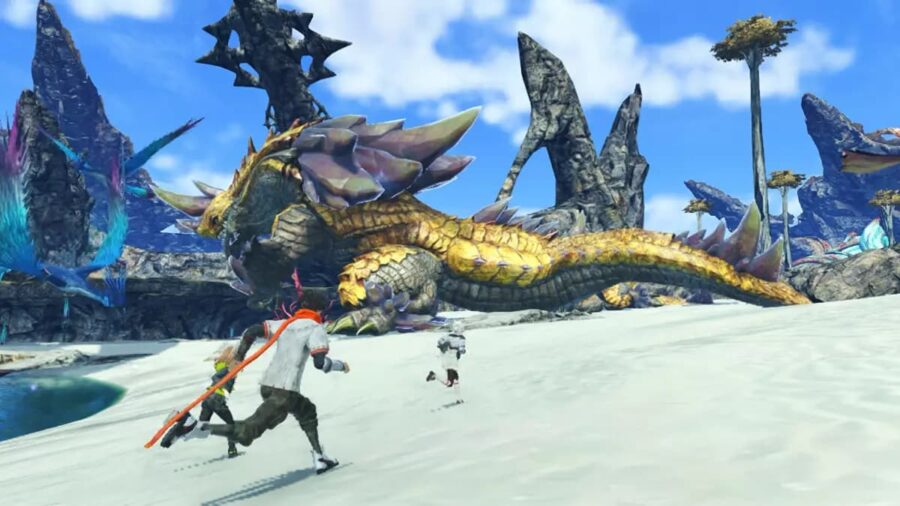 If you want to farm SP in Xenoblade Chronicles 3, it is easy. In short, there are a variety of methods that you can use to earn SP in the game efficiently. The methods you can use to farm SP range from discovering landmarks and regions to defeating monsters. That said, we recommend farming various unique monsters you find across all regions in the game. The first time you slay and defeat unique monsters, you will earn a decent amount of SP.

Methods for farming SP in XC3

However, you won't get enough SP just by farming monsters, so you need to consider the other methods for farming SP. Luckily, you can get even more SP in Xenoblade Chronicles 3 by discovering new areas, completing quests, and opening containers. Certain quests in Xenoblade Chronicles 3 reward some SP upon completion. Because of this, we recommend farming quests in conjunction with unique monster slaying.

You should also keep an eye out for containers while searching for unique monsters in new areas or completing quests. In short, containers reward SP when you open them. We also recommend opening any containers you find, along with all methods for farming SP.  Doing so is the best way to earn the most SP you can so that you can use it toward later portions of the game.

Related: How the Flame Clock works in Xenoblade Chronicles 3

How to use SP in Xenoblade Chronicles 3

How to farm SP in Xenoblade Chronicles 3