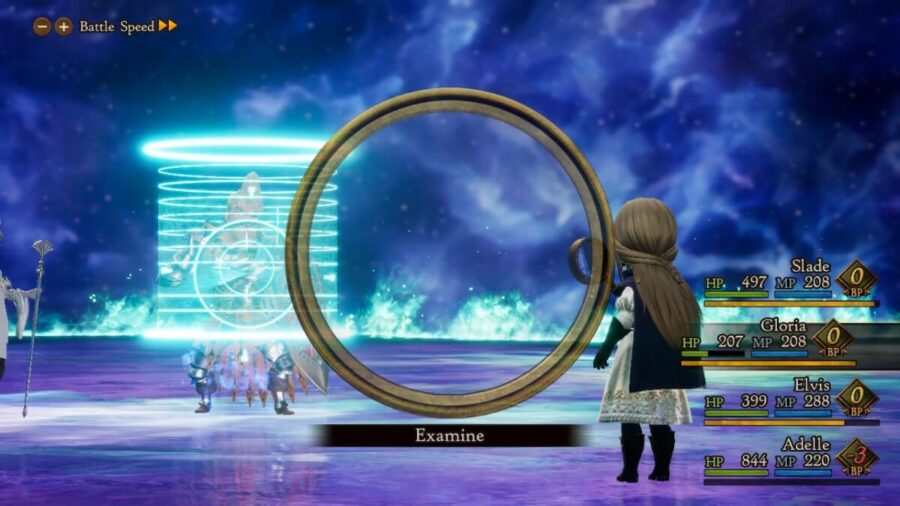 If you want to survive combat in Bravely Default 2, you will need to know the weaknesses and how much health certain enemies have. You will also need to figure out the ins and outs of queueing attacks so that you can maximize your damage output in fights.

How to examine enemies in Bravely Default 2

To start, you can examine enemies by going to the miscellany abilities tab while combat with a character who has the freelancer job; in this tab, you will want to find an ability called examine and press it. 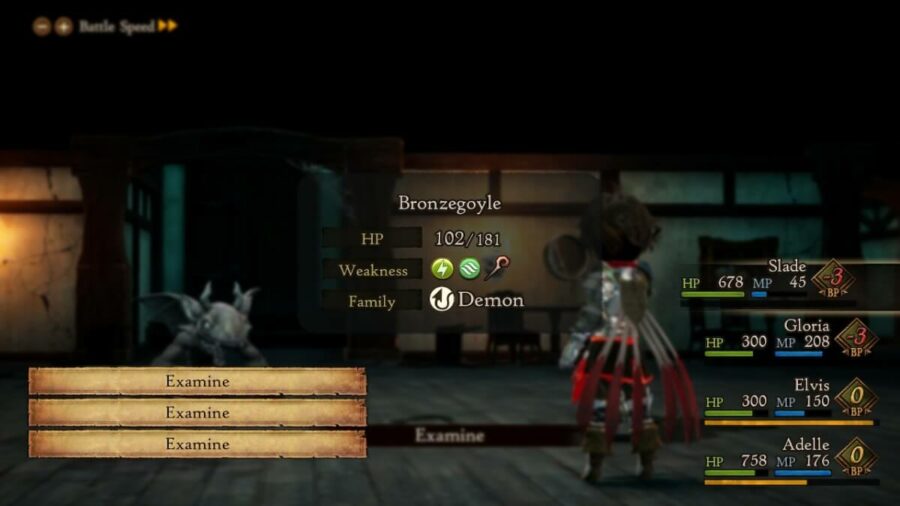 After this, you will then need to select the enemy you will want to examine, and upon examining them, you will find out both how much health it has and it's weaknesses, and what enemeny group it belongs to.

Once you examined an enemy, you can then review the newly obtained info on them via the lore tab; if you want to access this tab, press y and then go to lore in the menu hub. Once in the lore tab, you will see a tab that says monster guide, and inside it, you will find info on the various monsters you encountered and examined in Bravely Default 2. 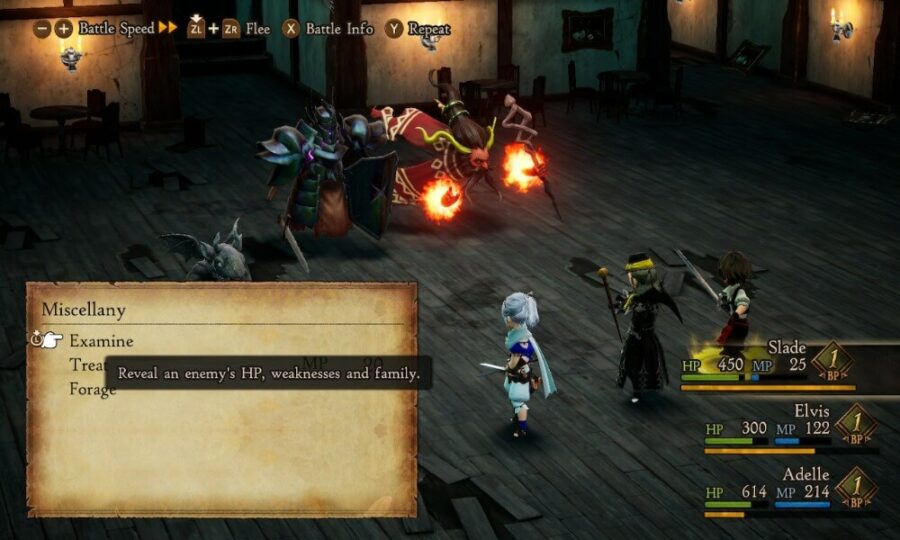 How to queue attacks in Bravely Default 2

In Bravely Default 2, players are able to queue attacks via the brave and default system; both take the name of the game and perform specific actions that allow the player to effectively queue attacks.

Related: How to change difficulty In Bravely Default 2

To start, to queue attacks in the game, you will need what are called brave points which each character including enemies can use. All characters also get a max of three brave points allowing them to do up to four actions plus the base action each turn. 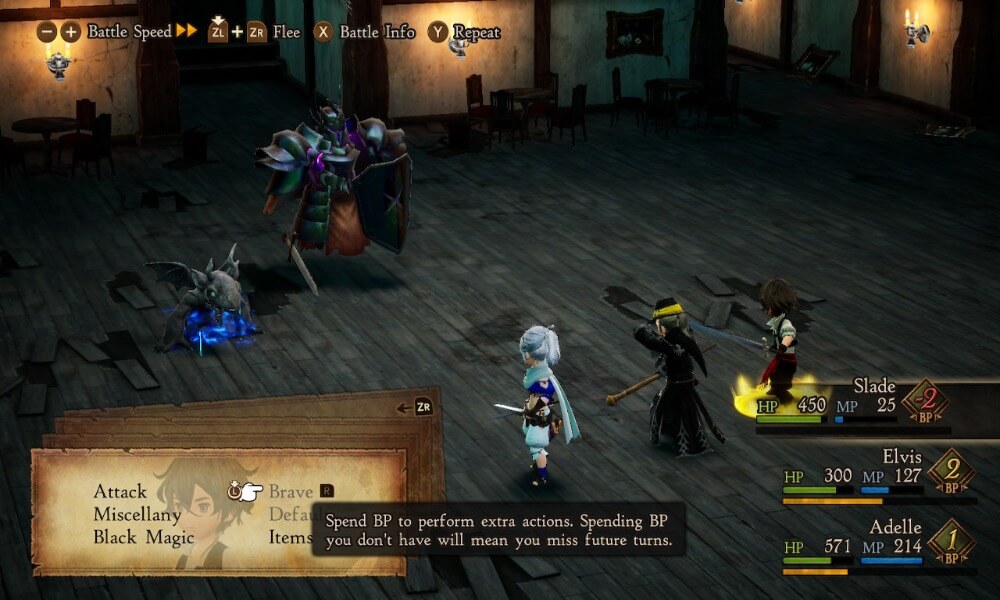 That said, if you want to queue attacks with brave points, you will need to press the ZR button three times and then queue your attacks by selecting them.

After doing this three times, selecting the fourth action will end your character's turn; also, if you manage to kill an enemy with one or two hits and have actions leftover, your character will perform the remaining actions on the nearest enemy.

Now, if you want to build brave points back up, you will need to select the default action by pressing A; doing this will both defend the chosen character from attacks and build BP back up until it is their turn again.

How to steal items in Bravely Default 2