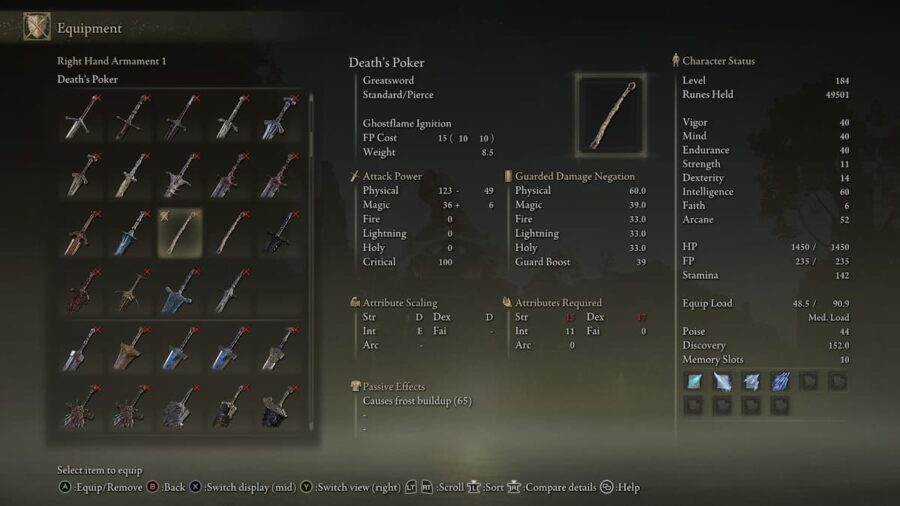 Elden Ring contains several weapons that can make your build truly powerful. The Death's Poker is a unique weapon that does physical and magic damage. This greatsword also causes frostbite buildup and has a unique Ash of War: Ghostflame Ignition. It is best used with intelligence builds. Here is where to find the Death's Poker and a build to use it.

The Death's Poker scales with intelligence and causes frostbite buildup. It is best used in a frost mage build. It combines the weapon with frost sorceries such as Adula's Moonblade, Zamor Ice Storm, and Glinstone Iceberg. This build also uses the Snow Witch Hat, which increases your cold sorcery damage. Shard of Alexander will buff the damage of Ghostflame Ignition, while Carian Filigree Crest reduces the cost.

Elden Ring Death’s Poker – How to get and Best Builds