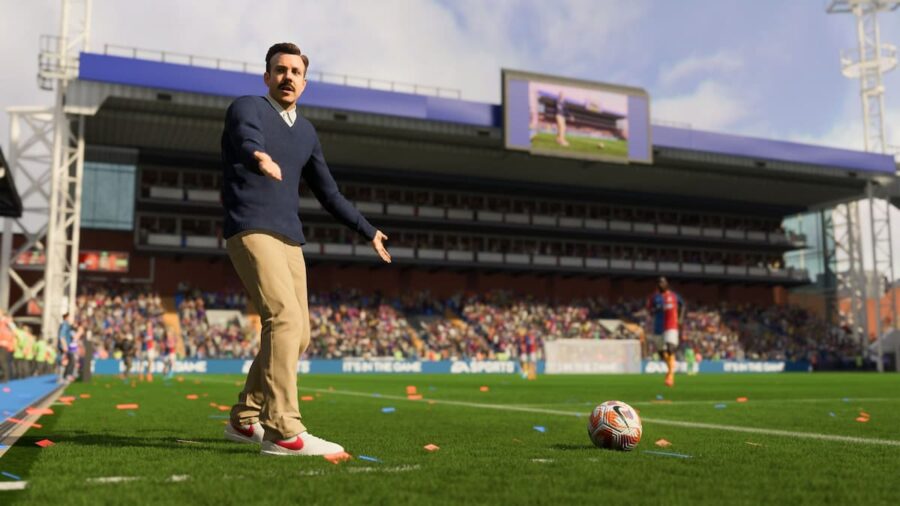 With FIFA 23 releasing next week, EA Sports has made an interesting announcement to the surprise of everyone. EA has collaborated with Jason Sudeikis to bring the popular hit TV character Ted Lasso and his fictional team AFC Richmond as playable entities inside FIFA 23. Along with Ted and his team, the game will also feature the fabled Nelson Road home stadium. FIFA 2023 is set to release on PC, Xbox, and PlayStation on 30 September 2022. You can pre-order the game from the respective platforms.

All players from Ted Lasso in FIFA 23

Apart from Ted Lasso, several famous characters from the TV show will appear on the roster of AFC Richmond as players.

Related: How to get FIFA 23 web app

Do you need to buy any Ultimate editions or packs to access Ted Lasso and AFC Richmond?

No, you will not need to buy the Ultimate Editions or pack to unlock any content regarding Ted Lasso. Everything will be available to players from the Standard Edition itself.

Will Ted Lasso be available in FIFA 23 career mode?

Yes, the fictional manager will be available to choose as your primary playable manager for any one of your teams in any league. Also, you can use Ted Lasso to coach for his team, AFC Richmond, by swapping it in the Premier League or any other league of your choice.

Will AFC Richmond be available in FIFA 23 career mode?

Yes, AFC Richmond will not only be available in career mode. You can also choose the team against other players in Kick-Off, Online Friendlies, and Online Seasons game modes with Nelson Road as your home base.

For more on FIFA, check out Who are the top 23 players in FIFA 23? , or What is Player Career Personality in FIFA 23? on Pro Game Guides.

FIFA 23: How to play as Ted Lasso and AFC Richmond