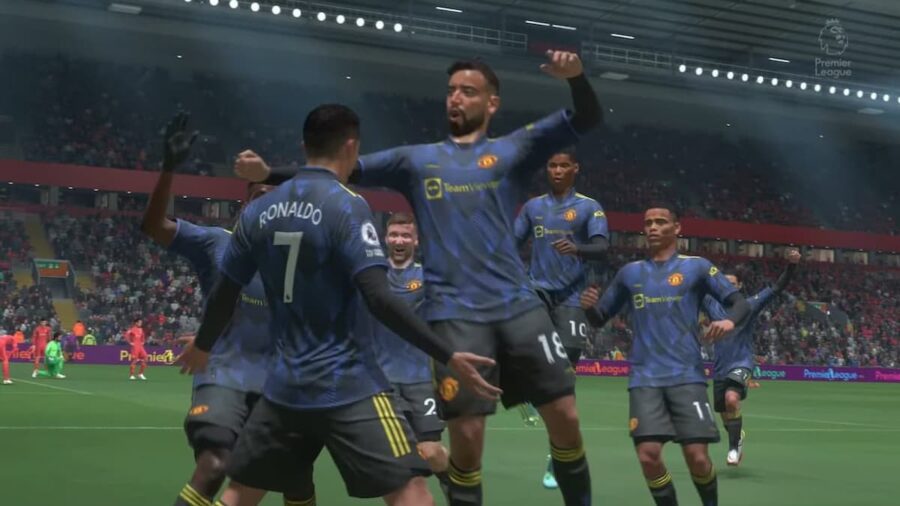 Cristiano Ronaldo is one of the most iconic football players of this generation. Naturally, fans are eager to know which club he plays for in FIFA 22. The five-time Ballon d'Or winner is perhaps the most lethal striker in world football, and his return to the English Premier League was much anticipated by fans. The Portuguese international rose to his peak of prominence at Manchester United and Real Madrid. Here's where Ronaldo plays in FIFA 22.

What team is Cristiano Ronaldo on in FIFA 22?

Cristiano Ronaldo plays for Manchester United in FIFA 22. He is also the captain of the Portuguese international men's squad. Fans expected his return to the Theatre of Dreams after a tough stint at Juventus. The 37-year-old plays for the iconic English side and has performed exceptionally in his first season at Old Trafford. Ronaldo has an overall 91, with a five-star skill and a four-star weak foot rating. Players looking to start a career mode can automatically select Manchester United to get this iconic legend on your team.

Cristiano Ronaldo wears the fabled number seven jersey at Manchester United. His position is ST (Striker), but you can also occasionally play him on the wing. Ronaldo has a Pace rating of 85 and 93 in Shooting. All you need to do is feed perfectly timed through balls to Ronaldo to experience his goal-scoring prowess. Ronaldo is often compared to Lionel Messi, and their rivalry has illuminated the football world for the past 15 years. Cristiano's ball control and dribbling are a class apart in FIFA 22, and he is one of the best forwards on your squad. You can also purchase this player in the Transfer Market on Career Mode.

What team is Ronaldo on in FIFA 22?