Barbara is one of the four available characters in Genshin Impact's new Hangout Events series. If you've got your eyes set on Mondstadt's brightest pop star, use our guide to make sure you don't miss out on quality time with the young Deaconess.

There are five endings in Barbara's Hangout Event, meaning there are also five different photos you can collect. The Genshin Impact Hangout Events series won't punish you for choosing the wrong option—in fact, miHoYo encourages players to unlock all of the endings by revisiting certain scenes and choosing different outcomes! Almost every playthrough awards you with primogems and the opportunity to collect more photos, so don't worry if you select a wrong choice the first time around. You can even unlock an achievement for completing all of a character's endings. 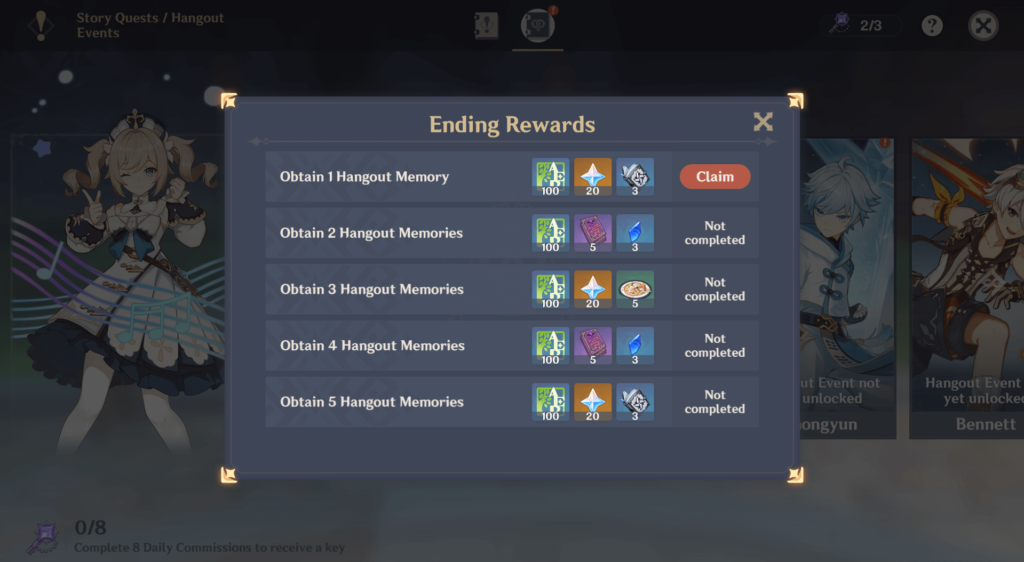 Without further ado, here's how to attain all five of Barbara's endings.

After Sister Victoria expresses concern over Barbara's whereabouts, you'll track down the Deaconess in Wolvendom, where she is collecting rare herbs. The two of you will hear a person shouting for Barbara, but she doesn't want to be found by anyone else just yet.

When the choice on how to deal with this person arrives, select "Just wait here, we'll go send that person away."

You'll confront the lone search party member—Albert, a self-proclaimed member of the Barbara Fan Club—and not do a very good job of persuading him to leave. Tell Albert that the forest noises he's been hearing are just monsters and wolves. This should lead to a fierce denial, followed by Albert yelling even louder for Barbara and your first Hangout Events photo. 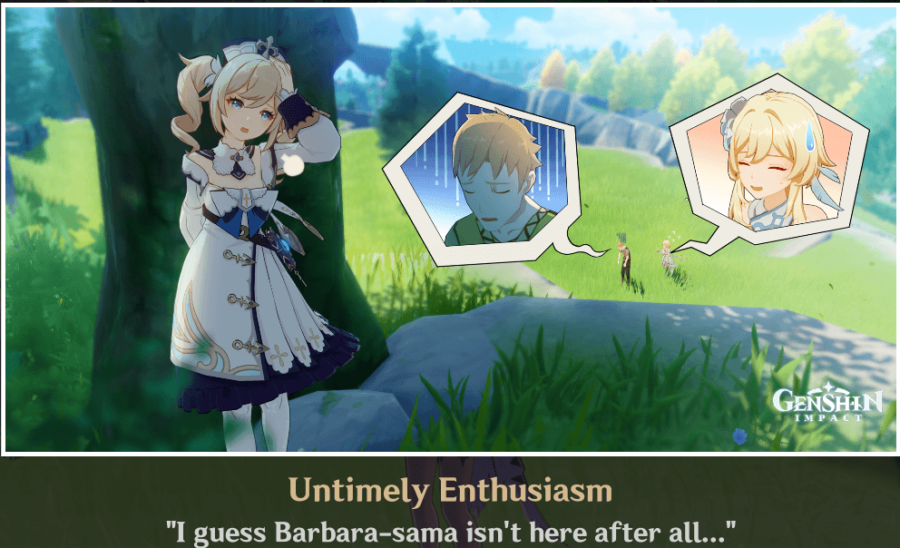 The Taste of Hard Work

In the early forest scenes, either escape deeper into the woods with Barbara, or convince Albert to go away (tell him you've been fighting monsters all day and haven't heard a peep—that should do the trick).

You'll return to the Church and complete a quick cleanup task, for which Barbara wants to thank you with a drink. For this particular ending, tell her you want "your special Chilibrew." This choice leads to another foraging quest, which you can split up for, or urge to stick together. Tell Barbara, "I think it'd be better if we stick together." Alternatively, you can choose to split up if you remember to take the "sweet flowers" option a merchant gives you later, but you'll have a much tougher battle on your hands.

While looking for high quality sweet flowers in the Whispering Woods, you'll need to defeat a small gang of monsters. Afterwards, a suspicious stranger named Uwe appears and begs Barbara for her healing powers. Barbara will ask you to watch him for her so she can gather herbs. Respond with "...No problem. See what you can find, I'll take care of him."

Barbara successfully heals the Definitely-Not-a-Treasure-Hoarder, who becomes indebted to her and lets the two of you pass on without trouble. When you both return to Mondstadt, Barbara will whip up her special Chilibrew and you'll share a cute moment in the Church garden. 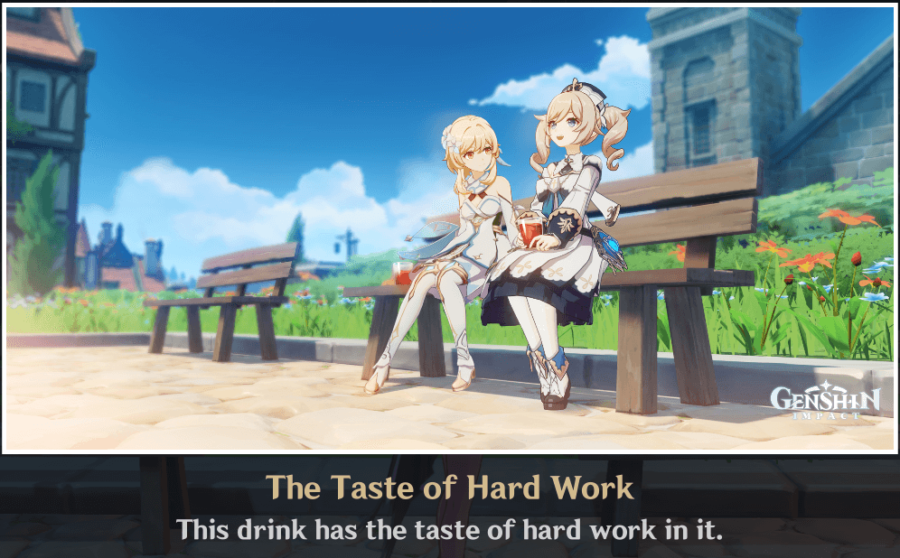 A Holiday in Mondstadt

When Barbara offers to treat you to a drink, say that the "Fantastic Summer-Serendipity Coral Sparking Tea does sound pretty amazing." This choice prompts a stop by The Cat's Tail, where Barbara is swarmed by ravenous fans. Shoo them away; all dialogue options should work here. You'll take a walk with Barbara across the Mondstadt bridge, and the rest of the "date" unfolds without any more trouble.

Related: How to Sign Up for Genshin Impact's 1.5 Beta Test Server 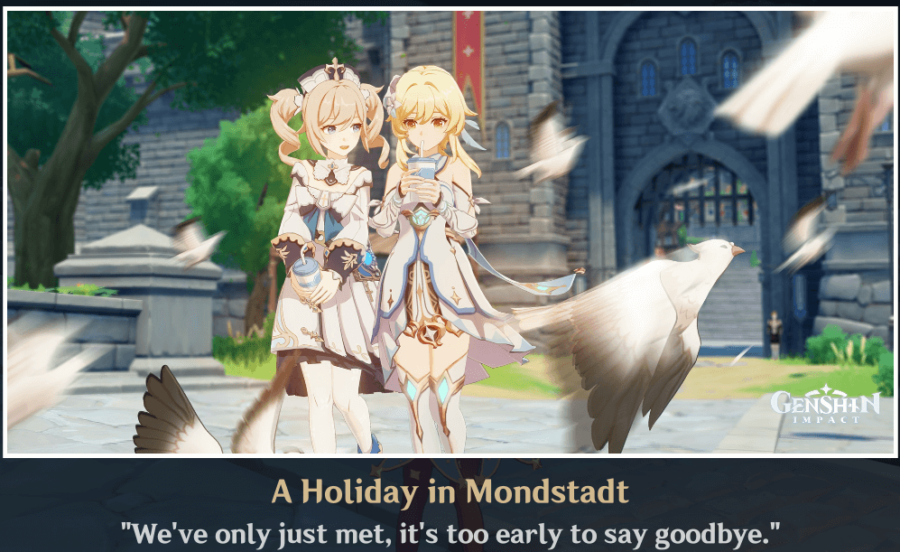 A Fiery Flavor from Liyue

To get this ending, tell Barbara that you want her Special Chilibrew, then say you should split up.

After searching for Barbara in the Whispering Woods, you'll find her facing off against a bunch of Treasure Hoarders who have taken a Liyue merchant hostage. This is a three-round battle with plenty of enemies, so pull out all the stops. Once the Treasure Hoarders have been defeated, the merchant will thank you and offer three different rewards: high quality sweet flowers (choose this for The Taste of Hard Work), Mora, or Liyue Chilibrew. Take this last option.

The drink will make your eyes water, but at least you had fun trying out something new together! 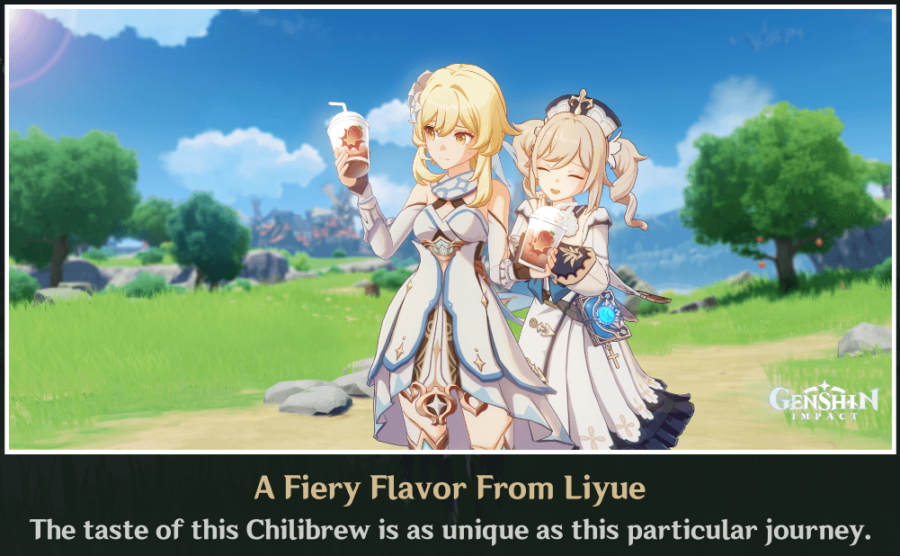 Tell Barbara you want her Special Chilibrew, then say you two should stick together.

You'll enter the Whispering Woods as a pair and encounter Uwe, a Treasure Hoarder masquerading as a hunter. Uwe has sustained wounds from a monster battle, and Barbara, despite her reservations, wants to heal him as is her duty.

When the choice arises, say "Hold on, Barbara. He's a suspicious character, we should take him to see the Knights first."

Provoked, Uwe will become hostile. Defeat him swiftly and talk to Barbara, who is left unsettled by the whole affair. She will leave the forest alone, resulting in this painful last photo. 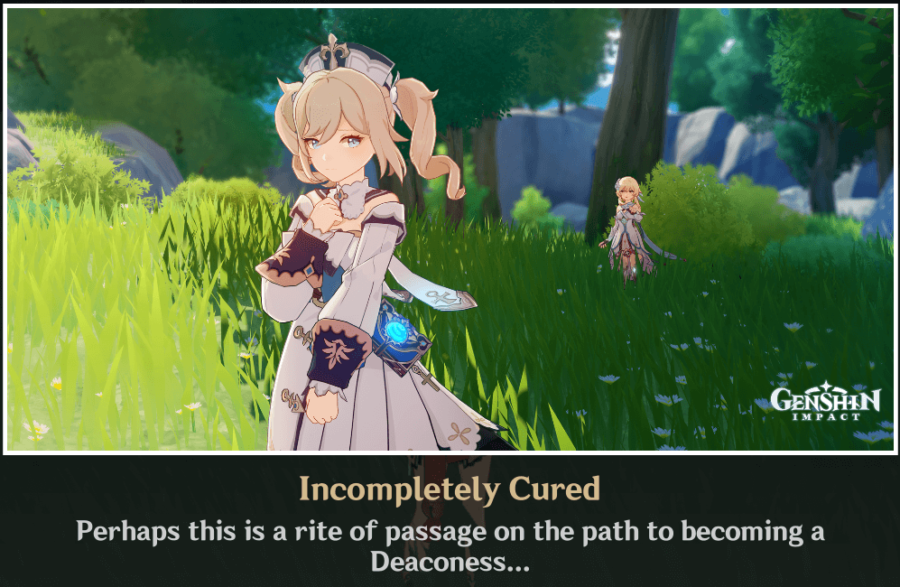 During Barbara's quest, you'll get to bond with her through various intimate scenes, as well as learn about her family dynamic and the source of her secret burdens.

Which Genshin Impact characters are you most excited to see appear in the next Hangout Events series?