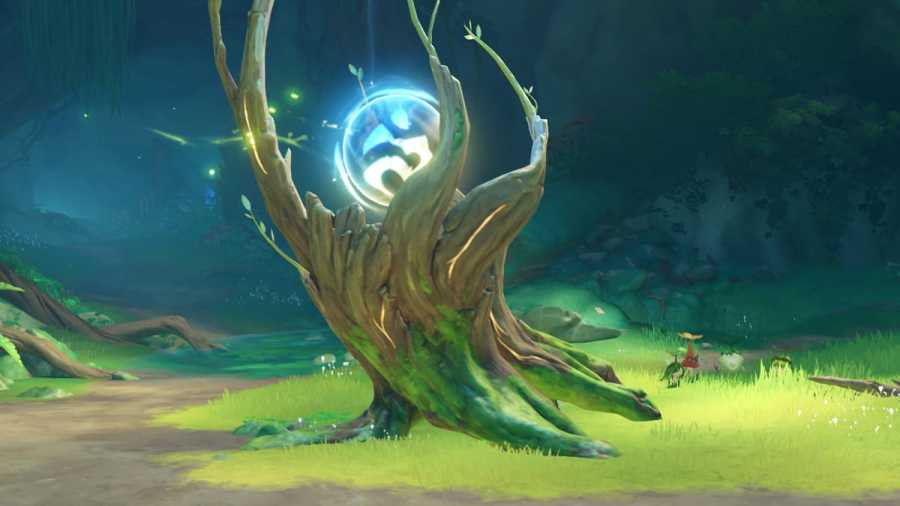 When you first visit Sumeru's Apam Woods, you'll find the area constantly shrouded in rain. However, there's a way to alter the weather in the area to force it to permanently rain, stay sunny, or rotate between the two.

Prerequisites for changing the weather in Apam Woods in Genshin Impact

To change the weather in Apam Woods, you first need to unlock an Aranara song called the Rhythm of the Water Source by completing the full Varuna Gatha World Questline:

The first method is to head to the area circled in the image above, where you'll find a small Varuna Contraption.

The second method is to head to The Rain's End via the Teleport Waypoint circled in the image above. This is unlockable during the Varuna Gatha World Questline.

Related: How to play the music according to the pattern of the roses in the Genshin Impact The Rhythm that Nurtures the Sprout World Quest

How to stop rain in Apam Woods in Genshin Impact

Stand in front of the Varuna Contraption of your choice and equip the Vintage Lyre. Activate it and follow the in-game prompts to play the Rhythm of the Water Source (fa > mi > ti > fa > ti, first four notes on the first line, fifth note on the second line). Once that's done, you can interact with the core of the Varuna Contraption to change Apam Woods' weather into the following:

You can keep track of the weather based on what the core looks like. In the image set above, the first image indicates rainy weather, the second indicates sunny weather, and the third indicates cyclical weather that regularly shifts between the two. Changing the weather for the first time will unlock the Wonders of the World Achievement called Weather Control Activated.

Check out our guide on How to find the hidden song in the Genshin Impact The Rhythm that Reveals the Beastly Trail World Quest to learn another Aranara song.

How to change the weather in Apam Woods in Genshin Impact