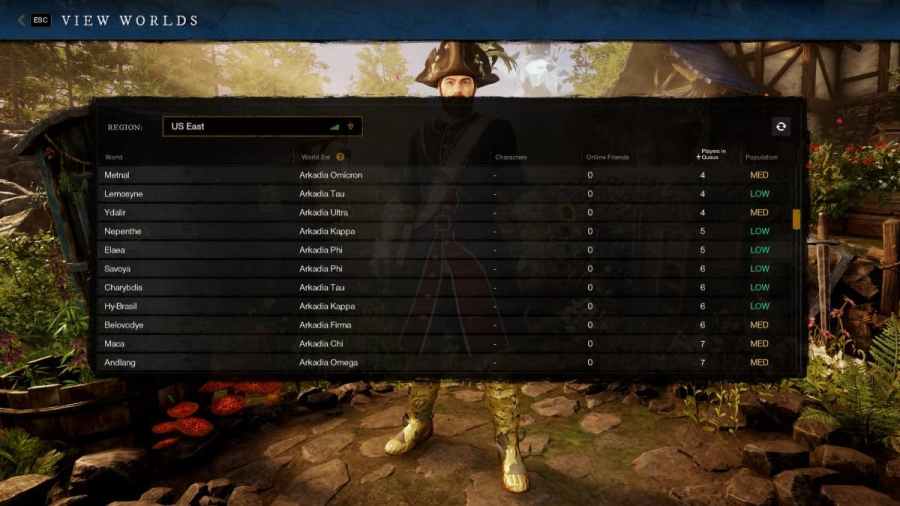 The current number of active New World players is around 60k to 100k. However, it's worth pointing out that this number range is very general and not the exact number. In short, New World's population is more volatile than most MMOs and has decreased since its launch. Because of this, it's best to check a few online trackers if you want an up-to-date status.

One such site is New World status, which provides estimates of the exact server population for all New World servers. However, their numbers fluctuate regularly, so it may be difficult to pinpoint an exact number. Because of this, we highly recommend using a number of online sources to compare populations to determine an educated guess/range. The following are other online trackers that you can use to check player/server populations in New World.

New World's population has decreased drastically due to many issues. Some issues include the following:

However, despite the myriad of issues, New World has recently made a comeback with its Brimstone Sands expansion, and the player population has stabilized at around 70k to 100k.

In theory, this would make EU Central the most populated region in New World, indicating that more EU players are playing the game. Check the chart below for the other Sever population numbers and the full New World server populations.