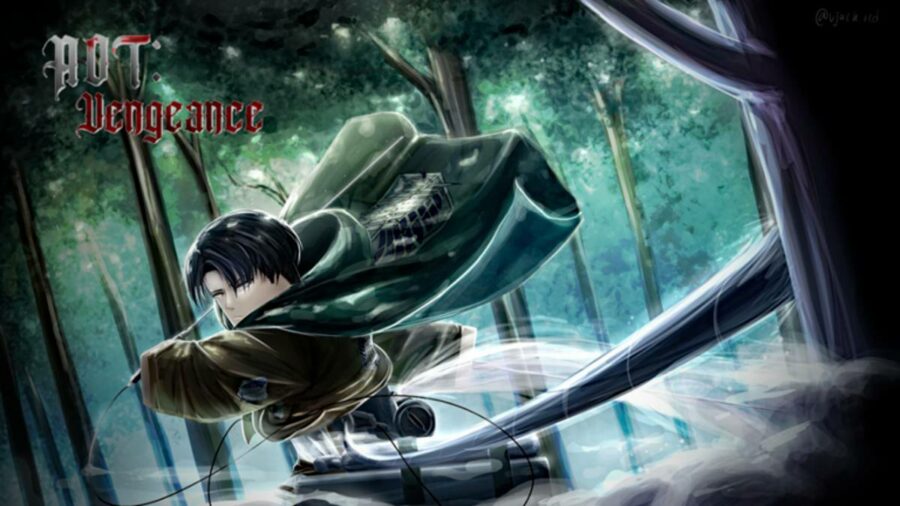 If you are a fan of Attack on Titan or just think the anime is pretty cool, then you should give the hit Roblox game Titan Vengenace a shot. In Attack on Titan Vengeance, you can live out your dreams of living in the world of Attack on Titan and of course fighting Titans. To fight the Titans you have to face, you will need to equip yourself with a ton of different weapons. You can also use codes to earn free rewards to help give yourself an edge over the Titans. Luckily Pro Game Guide's list is up to date and ready to go and full of OP codes. These codes can be redeemed for awesome rewards such as free gold or even loot boxes filled with epic loot in Titan Vengeance.

Here's a look at all the working Attack on Titan: Vengeance codes.

These codes no longer work.

How to Redeem Attack on Titan: Vengeance Codes

If you want to redeem cool free rewards in Attack on Titan: Vengeance it is easy. Start by launching the game and then pressing the gear icon. You can find the gear icon on the bottom left corner of your screen when you launch the game. See the image above where we put a blue box, this is the gear icon you need to press.

After pressing the gear icon view the inventory option and you will find a spot to enter your codes as shown above. Copy and paste the code exactly as they appear under the working list and hit confirm. Once you click Confirm you will claim and earn your awesome and free reward. To do so, follow the instructions below.

Where to find more codes for Attack on Titan Vengeance?

If you want to find more codes for Attack on Titan Vengeance, we recommend first bookmarking our page and checking back later for when more codes get added. Beyond our awesome page, you can find more codes by checking either the official Discord or developer Twitter account for the game. Both will have regular codes that will either get posted or tweeted out that you can redeem for rewards in Attack on Titan Vengeance.

What is Attack on Titan Vengeance?

Attack on Titan Vengeance is an action game based on the hit anime series called Attack on Titan. In the game, players live out their dreams of fighting Titan in battles. These battles can take place in giant forests and while players are defending fortresses from Titans. Players can also team up with other players to take on Titans alone or within a squad.

What do passes for Attack on titan Vengeance do?