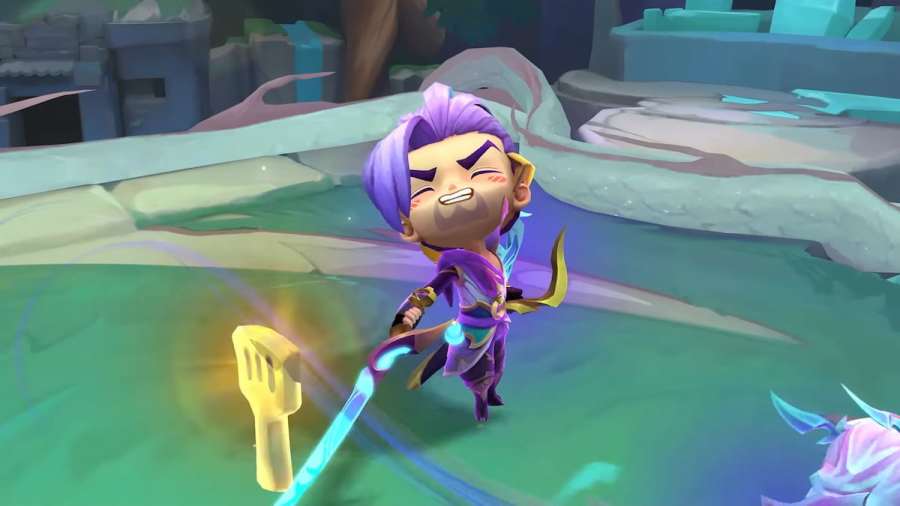 Tacticians are adorable player avatars in the game Teamfight Tactics. They come in all shapes and sizes, including dragons, birds, turtles, and more. Although they do not affect gameplay, each Tactician features unique animations and undeniable charm. However, some Tacticians are designed in a way that incites frustration, as if their face has been aching for our fists ever since they released. Here are the 10 most punchable Tacticians in TFT.

10 Little Legends we would punch

Vampire Nixie appears to be constantly clueless, with no thoughts behind those red beady eyes. If we tried to carry on a conversation with this Nixie, it would probably blankly stare back at us as if it was waiting for us to do something. It would cock its head to the side, only comprehending words made up of three letters or less. This Nixie's face desperately needs to be punched.

Fortune Dowsie has a drop of saliva rolling down its cheek, which places it on our to-punch list right off the bat. This Tactician's design is meant to communicate feasting, hunger, and excitement for the Lunar New Year, but instead, it leaves a bad taste in our mouths. We simply cannot excuse a public display of poor hygiene, and thus, Fortune Dowsie must receive a right hook to the head.

The Mountain Hauntling bears an unsightly resemblance to Rumpelstiltskin, making him exponentially more punchable. While the rest of its outfit is completely fine, the rectangular nose comes out of left field. On the bright side, we could use this Hauntling's nose as target practice, improving the precision of our punches.

There is nothing more infuriating than a Yasuo flashing their Mastery after killing you. Chibi Dragonmancer Yasuo brings that memorable experience into TFT, communicating that we are never truly safe from Yasuo's influence. With this Tactician, players can question mark ping their opponents and play an unskippable cinematic when they defeat another player. Yasuo may have studied the blade, but we've studied how to deliver a lethal uppercut.

The Blazebattle Molediver incites an unexplainable sense of anger within us. Perhaps it is the tuft of hair on its head, its highly saturated pink nose, or the strange goggles it wears. Regardless of the cause, we know that this Molediver is deserving of a knuckle sandwich.

The Honeybuzz Duckbill has seen things. Despite its cheerful outfit, this creature has been traumatized by an unspeakable horror. Unlike the other entries on this list, we would punch this Duckbill out of self-defense. If this creature makes the first move, we're afraid we wouldn't make it out alive.

We may resort to desperate measures if we see the Birthday Cakespirit's dance emote one more time. Everything about this Tactician is loud, bright, and overwhelming. It waves around a firework recklessly, throwing colored sparks everywhere. It carries two candles on its head and inherently emits confetti wherever it goes. Each day, we long to propel the cake off its head with one clean punch.

Sundrop Shisa has the expression of a child who didn't get their way. However, the color scheme of this Tactician is pleasing, its obstinate frown and crossed arms taint the visual appeal. This Tactician appears eternally on the verge of whining, provoking a sense of annoyance before he even says a word. We would love to shove this Shisa and pitch it like a volleyball.

Pop Groove Gloop is a gelatinous creature with an agape mouth and childlike eyes. While this seems endearing in concept, in execution, it looks slimy and wet. The Pop Groove Gloop is the kind of creature you wash your hands after petting, due to the residue it leaves behind. Until video games become real, we can only dream of flinging this Tactician against the wall and seeing if it sticks.

The Fuwa was made to be punched. Our first and the Fuwa's face are long-lost lovers, and they are bound to be reunited. Due to its rubbery skin, we imagine the impact would sound something like a dodgeball smacking against the wall, although we'd love to find out firsthand. Fuwa's third variant, in particular, possesses such a strangely proportioned neck and a pitiful expression, making it more punchable than any other variant.

10 Most Punchable Tacticians in TFT