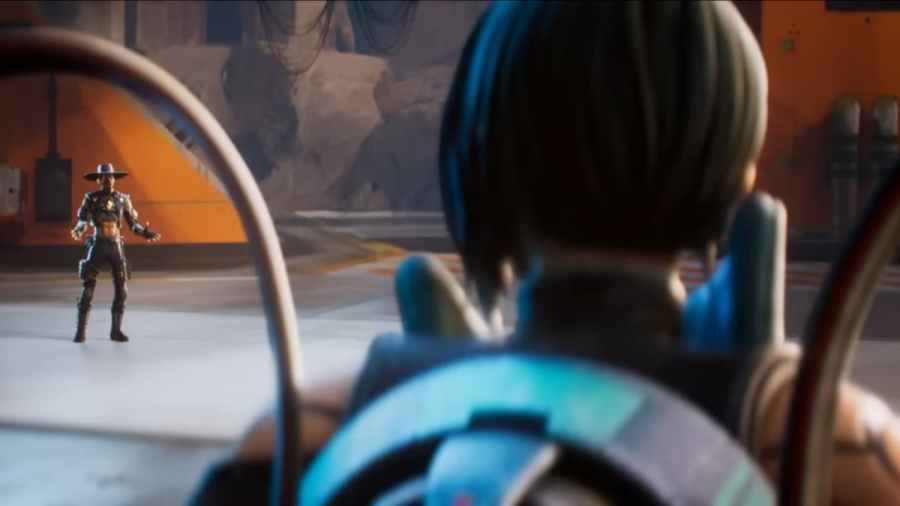 In Apex Legends Season 15, players will meet a new Legend called Catalyst. This new Legend's abilities were shown in the launch trailer, and fans were quick to spot some of the salient features. The most intriguing aspect of Catalyst's kit is the anti-scan mechanic. Here's why Catalyst might be the answer to combat the scan meta in Apex Legends.

The official trailer for Apex Legends Season 15 gave us a glimpse of what Catalyst's abilities will look like in-game. She uses Ferrofluid to create and reinforce structures that offer protection from enemy fire. Fans also spotted two distinct moments in the trailer which might change the meta in Apex Legends. The first instance showed Octane pushing through Catalyst's wall and slowing down. This slowing effect was also shown for Mad Maggie and Fuse after getting caught in the Ferrofluid. Octane being slowed by the Ferrofluid while he activated the stim might be a game changer.

The other feature of interest revolves around Recon characters like Seer. The trailer showed how Seer quickly used his ultimate ability to scan for Catalyst's team but could not see anything. This anti-scan nature of Catalyst's Ferrofluid might discourage the popular scan meta in Apex Legends. Seer is undoubtedly the best Recon Legend in the game right now, and it will be intriguing to see if Catalyst's abilities affect other scan characters. Valkyrie, Seer, Gibraltar, and Caustic were top of the charts in the latest ALGS, but this might change after Catalyst's inclusion. Players can check out the Legend trailer below to learn more about Catalyst!

Is Catalyst an anti-scan character in Apex Legends?