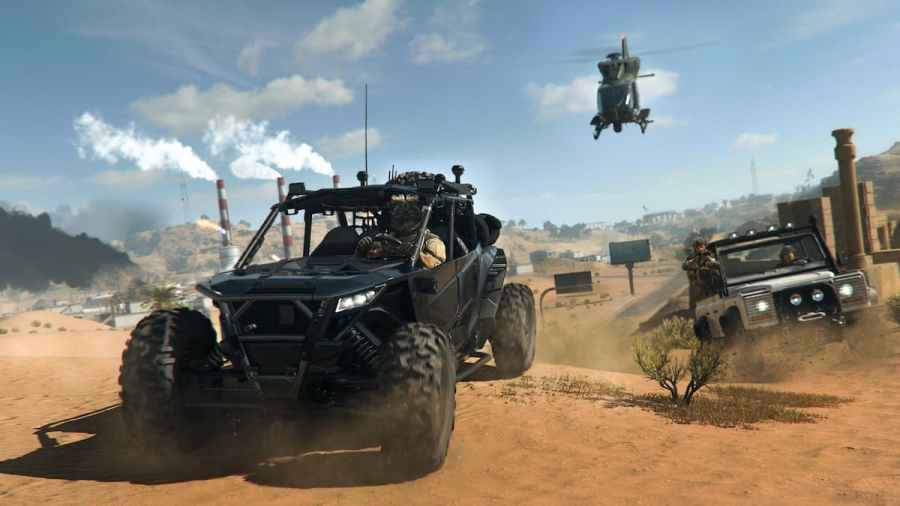 The DMZ is Call of Duty's iteration of the extraction-shooter formula and is featured as a game mode in Warzone 2.0. It works differently than the battle royal format players are familiar with and brings a fresh change of pace while being intense throughout. The game mode features a plethora of unique systems and gameplay mechanics that can be confusing for both beginners and veterans of Warzone. This guide will tell you a few key tips and tricks to help you get more loot and successful exfils in Call of Duty: Warzone 2 DMZ.

If it's your first time in the DMZ, your primary objective must be to gather loot to arm yourself up. While most locations and buildings have a chance to drop loot, some POIs are known to offer up higher-value items more frequently. The following are the best POIs to loot first in Warzone 2 DMZ:

Related: What does DMZ stand for in CoD?

The loadout in the DMZ works differently than in Warzone 2. Before heading into a match, you can select between an Insured Weapon and Contraband Weapons. The following is how they differentiate from each other:

DMZ has three Factions: Legion, White Lotus, and Black Mous. Each of these Factions have set challenges and missions for the player to complete whilst in the DMZ. Completing the missions will reward players with XP, cash, and unique weapon blueprints exclusive to the DMZ game mode. Completing missions will also unlock more mission tiers from each faction, as well as unlock additional Insured Weapon slots.

Buy Stations can be found on the map indicated by the logo resembling a shopping cart. You can use these devices to buy important loot and items like 3-Plate Armor Vests, Armor Plates, Large Backpacks, Self-Revive Kits, and Stronghold Keys.

Related: How to counter Riot Shields in Warzone 2

The DMZ is filled with enemies at every corner, both AI and other players. We recommend acquiring a vehicle to traverse these rough terrains with relative safety. Not only will this make traveling a lot faster, but it will also ensure you reach your desired destination in one piece. You may even mow down some unaware enemies with your ride to get some bonus XP, should you fancy.

The mistake of underestimating the enemy AI in Warzone 2 DMZ is something most players will get familiarized with fairly quickly. Therefore, dropping into the DMZ with a squad is always best. This will make completing contracts and objectives a lot easier. Also, if you happen to get knocked up, there's always the chance of your teammate reviving you, thereby allowing you another chance at a successful extraction. If you find yourself alone on the battlefield, you may also use the Assimilation feature to join nearby enemy squads and team up.

Enemy Strongholds, Fortresses, and Elite Fortresses are fortified enemy bases that players can raid to obtain valuable loot. However, take caution as these POIs are full of heavily armored enemy units. Additionally, you will also need to procure keys to strongholds that drop from fallen enemies and Supply Drops. Carrying out these raids with a squad is highly suggested.

The primary objective of the DMZ is to extract successfully, otherwise known as exfil in-game. It is also one of the best ways to unlock weapons and attachments you don't have in Warzone 2 or Modern Warfare 2 Multiplayer. Weighing the risk-to-reward factor is key to optimizing success in this game mode. You can either choose to extract early with less loot, or extract later with higher-value loot at the cost of increased enemy pressure. But always keep in mind that dying will mean losing all your loot, including any contraband weapon you may have equipped.

Looking for a guide to get started with Warzone 2.0? Check out the 9 Most important tips for beginners in Warzone 2, right here on Pro Game Guides. Also see How to get Longshot Kills in Modern Warfare 2 from our sister site, PC Invasion.

8 Most important tips for beginners in Warzone 2 DMZ