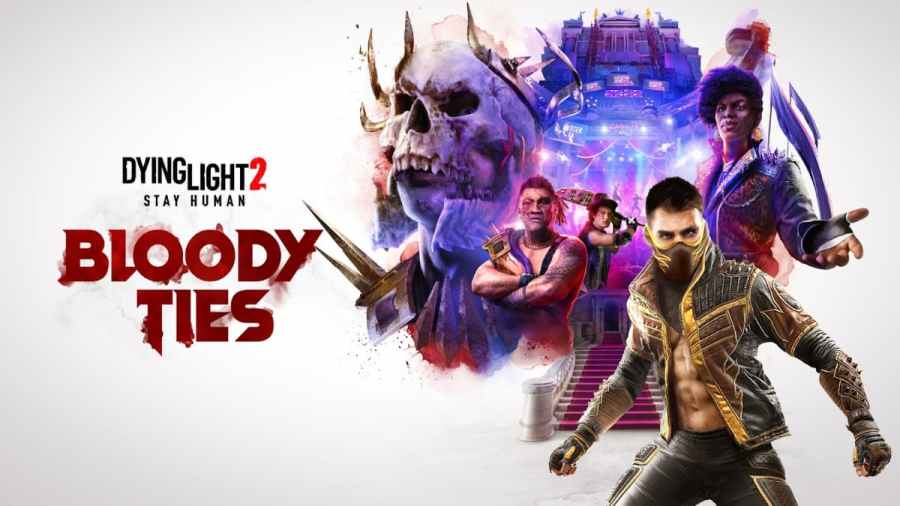 Dying Light 2 Bloody Ties DLC is the first narrative story DLC added to the game since its release back in February. I reviewed the main game and found it to be an enjoyable experience that tries its best to provide an enjoyable game filled with exploration and narrative stories in a new Dark Age.

Bloody Ties adds a new story about a Gladitoral Fight arena and the struggles of those whose lives revolve around it. However, unlike the first game, Bloody Ties misses the mark by miles, fails to add anything worth playing, and treads familiar ground all too frequently.

Dying Light 2's Bloody Ties DLC's story is a narrative mess that fails to provide anything exciting or thought-provoking. The writing is to blame for most of it, as it comes off dull and rushed. Don't get me wrong, the main game's story could have been better, but there was enough decent writing which elevated certain characters and made the main game's story a bit more enjoyable. There is barely any enjoyment in Bloody Ties as it constantly needs to keep rushing along. Because the story is so rushed, there is no time for character development or to get to know certain characters.

Dying Light 2 does provide a little development here and there, but it always comes off as flat and boring. The game is trying desperately to add depth to a paper-thin plot, and characters suffer from it. It's even worse when you consider that your choices still don't matter after the base game. In short, Dying Light 2 had a huge marketing campaign that claimed there were tons of choices to make, which was not the case.

This is the case with Bloody Ties because, throughout the entire plot and quests, you only get really two choices that affect anything in the game. These choices don't affect the main character Aiden which makes me feel it was a huge missed opportunity to make good on a lack of real player choices in the main game. The DLC could have also been an excellent opportunity to explore the character Aiden in more depth. Instead, the DLC ops for a conveyor belt of lackluster storytelling from start to finish that doesn't add anything noteworthy to the Dying Light 2 experience.

Bad character development is a significant issue in Bloody Ties because the writing poorly displays character emotion. The characters' corny and bland lines ruin any investment in the characters. This is because it's too hard to care about characters that speak so jarringly. For example, we get a Red Dead Redemption-style drinking scene with one of the characters, and it's just a mess of the corniest dialogue imaginable. One part of the story has a character asking Aiden if his sister is hot, and that line just does not work and takes away any interest I might have had in this character's story.

We are also talking about a notable character in the story, which is bad because you are supposed to care about this character and want to see him survive. Sadly this also applies to the rest of the characters whose voice actors do the best they can with the material they are given. The voice actors can only do so much when the writing is rushed, and the lines are cringeworthy and uninteresting. Sadly, this ruins many of the characters you will meet, and most will show up on screen delivering random voice lines before disappearing into irrelevance. These characters lack the human emotion displayed by certain characters in the main game.

Because of the lack of real emotion behind the characters, there is no sense that any character speaking could be anything other than one more NPC. As a result, the story suffers and makes the experience slightly worse than any content featured in the base game.

Gameplay-wise, nothing changes in Dying Light 2's Bloody Ties DLC from the Main game. You will do the same zombie combat and parkour gameplay for the first hours as in the Main Game, but now with a fresh new coat of paint. Normally this would be fine, as expansions usually add more of the same type of content. However, in Bloody Ties, most "new content" comes off as recycled content from the first game.

Most new features, including the Challenge arenas and the Carnage Hall tournament, feature recycled content from the Main Game. Even a few set pieces and quests seem to be ripped straight from quests featured in the Main Game. For example, players are required at some point to do a Metro generator puzzle that is almost identical to one featured during the Main game. I am also not just talking about the puzzle, the area where the puzzle takes place is virtually identical to previous puzzles of a similar nature.

Related: How to start the Bloody Tides DLC quest in Dying Light 2

Usually, I'm fine when developers recycle certain things in games, but the nearly copy-and-paste nature of this puzzle rubs me the wrong way. The DLC is supposed to be an expansion of the main game but has puzzles almost identical in location and function, as previous content seems unimaginative while treading familiar ground. Sadly this problem plagues the rest of the gameplay as most of the content is the same recycle features from the Main game. Challenge arenas are the biggest offenders as they all provide nothing you haven't seen before. From parkouring to combat arenas, it's all the same content that only changes in appearance.

In short, all arenas provide the same content throughout the DLC and all difficulty variations of the arenas. The arenas themselves are enjoyable to an extent and manage to be enjoyable. I really enjoyed the parkour arenas as they felt intense, and it was a nice change to just focus on parkouring around. However, the mild enjoyment found with these arenas only lasted for the first set of arenas. Past the first series of challenge arenas, you are asked to replay the same content but only slightly more challenging with shorter timers and in a new environment. Repeating the same content over and over is also required to advance the plot, making the whole experience feel like a repetitive chore.

Dying Light 2's Bloody Ties DLC doesn't set out to do anything new with the title or expand and improve the game in any meaningful way. It's all the same old tired ground, and everything from characters to plot feels meaningless. Because of this, I can not recommend Dying Light 2's Bloody Ties DLC to anyone but hardcore fans of the series. Those players will surely find more enjoyment in the content due to how similar it is to the Main game.