Our Fortnite Season 9 Guide will walk you through everything you need to know about the upcoming season including the release date, start times, how much it will cost, leaks, and what kind of theme we should expect!

The unvaulting event has happened and brought back the Drum Gun into the game, and the volcano has finally erupted and taken out a couple of major parts of the map down. It looks like we're going to be seeing some major changes in Season 9, and we're excited to see what Epic has in store for the game this time!

When Does Fortnite Season 9 Start?

Fortnite Season 9 will start on May 9th, 2019. This is when we are expecting the release, but it's possible that delays could happen so the date could be pushed back a bit. If you're curious what time the battle pass will go live, here's a look at the general times that patches go live:

The official downtime for the Season 9 Patch has been posted and will start at 4am ET (0800 UTC).

What Does the Fortnite Season 9 Battle Pass Cost?

We create a guide for each week of challenges in each new season of the Fortnite Battle Pass!

We've got high quality images of all of the outfits on our Fortnite Season 9 Skins page!

Epic will post out a teaser each day prior to the launch of the new season, check those out below! 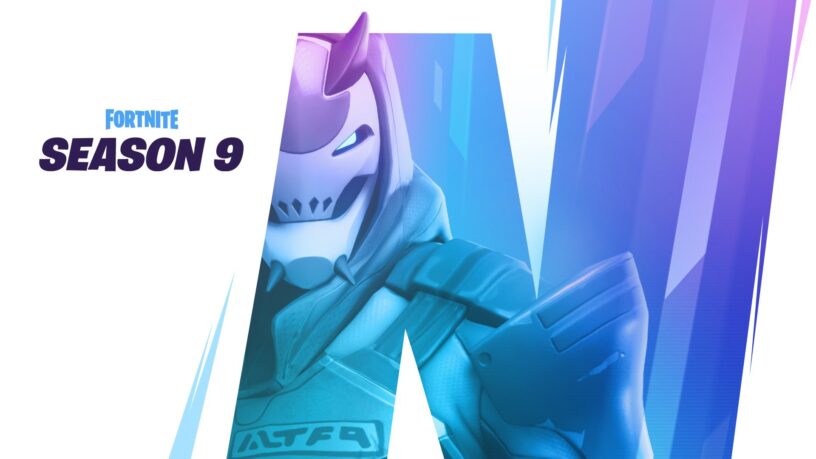 The first teaser for Fortnite Season 9 has arrived and it looks like a new futuristic skin is on the way. These teasers are usually a reveal of the Tier 1 skin, so this one will likely be super customizable. It's possible that the Dream and Luminos skins are related somehow to this.

The second teaser shows off what could be a pilot of some sort of aircraft or space vehicle! 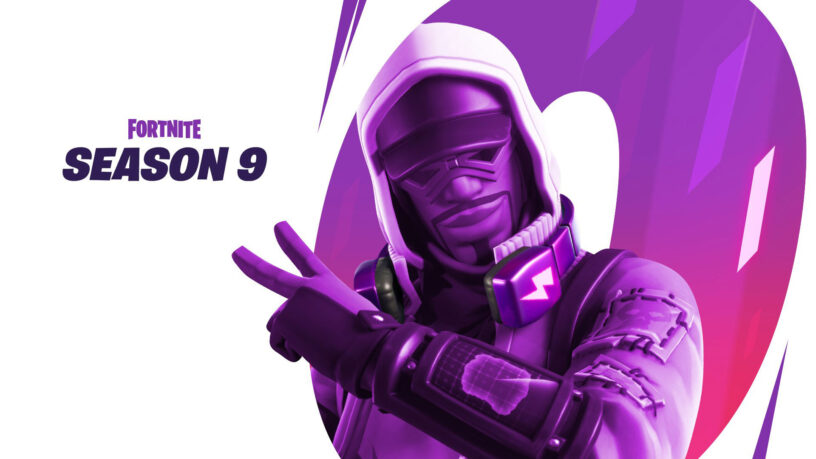 The third and likely final teaser shows a third skin with the letter O behind it spelling out the word NEO when combined.

We hope you all enjoy the release of Season 9, it was a blast for us to work on. Thanks for all the Fortnite audio quality feedback in the recent 8.5 release thread, it’s much appreciated. As always, please feel free to point out areas of audio improvement and bugs to us in the thread; we’ll be reading and investigating what the community shares and report what we’re working on. Here’s an overview of the Season 9 audio improvements and roadmap:

What we’re working on for the upcoming season:

As a reminder, the best way to inform us of your bugs is following the below format:

The Lead up to Fortnite Season 9

The lead up to the ninth season of the Fortnite Battle Pass was focused largely around Loot Lake and the excavation that uncovered some kind of weird structure. The structure slowly charged up and revealed different runs, this seemed to have something to do with The Cube from a previous season. 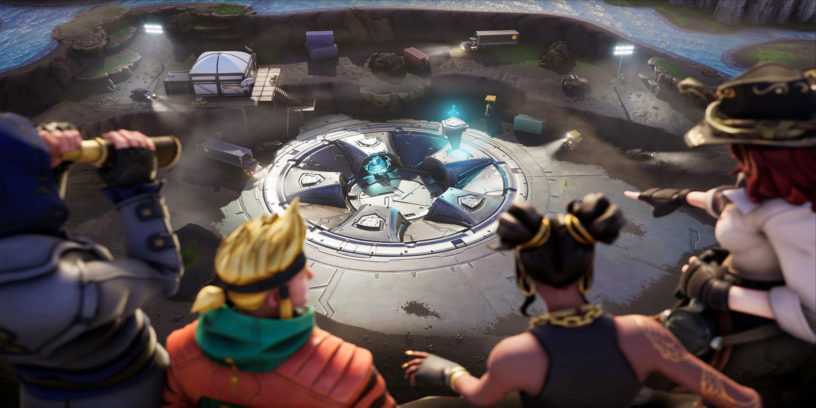 Once all of the runes eventually appeared, a countdown began which started up the Unvaulting event! This event allowed players to choose between six different items that had been vaulted in the past: Bouncer, Drum Gun, Plane, Tactical SMG, Grappler, and Infinity Blade. The Drum Gun won pretty easily, and has now been unvaulted and is available back in the game.

After you returned from the unvaulting area, you were then greeted with the eruption of the volcano! The volcano launched some huge boulders out that landed on Retail Row, and decimated Tilted Towers. Here's video of the entire event:

That's where we are as we head into the ninth season of the Fortnite Battle Pass! We're likely going to get some pretty big map changes now that Retail Row and Tilted Towers have been obliterated. As for the theme itself? Hard to say at this point, I'm sure we'll get some teasers very soon.

What Could Happen Next?

Well, the volcano also managed to strike a wallop at Polar Peak, so it wouldn't be surprising to see that go tumbling down. We could also be heading into the summer days of Fortnite, so seeing the snow biome melt away is a big possibility (image by FireMonkey).

Not much else is known at the moment, but we'll be updating this post once we learned anything else!

How to get Joy Skin in Fortnite & who is Dahja Cat?

How to turn on Visual Sound Effects on Fortnite

Spider-Man Mythic Web Shooters to be nerfed in Fortnite Competitive

How does the Escalation Modifier work in Fortnite Mild Meadows update?