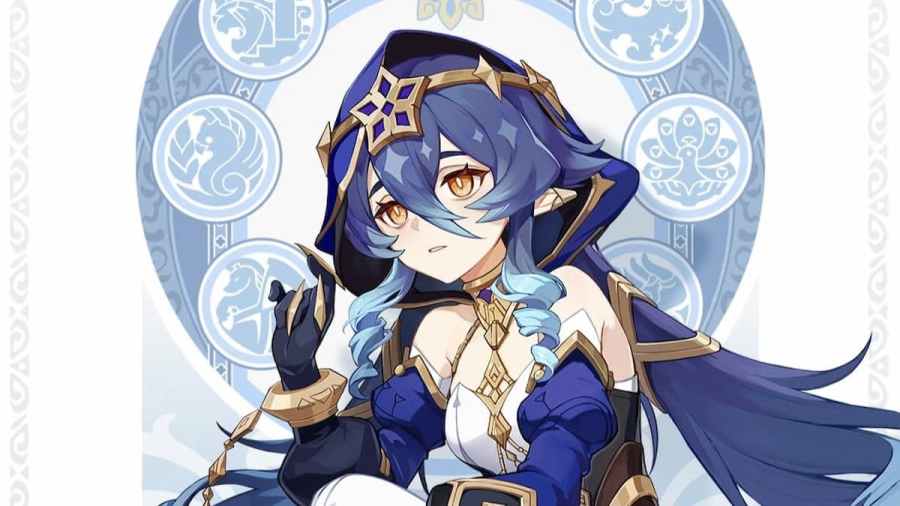 Genshin Impact seems to have directly modeled a character after some of its college-aged fans. Layla, a somnolent student from Sumeru's Academia, is a powerful Cyro shielder in practice. Here is how to build Layla in Genshin Impact.

Layla's personal damage is almost negligible by comparison to her capability as a shielder and Cryo applier. She applies a shield as part of her Elemental Skill, Nights of Formal Focus, that scales based on Layla's Maximum HP. While her shield is active it will create Night Stars, which will become Shooting Stars after four Night Stars have been produced. Shooting Stars are homing projectiles that deal Cryo damage. While you could build her to try to deal damage, we can't recommend it over her capability as a support unit.

Any sword that can boost HP is a good choice for Layla. Nilou's signature weapon, the Key of Khaj-Nisut, is Layla's best-in-slot weapon, though you may want to save the weapon for Nilou, instead. You could also use the Primordial Jade Cutter if you are lucky enough to pull it from the Standard Banner. Otherwise, some good lower tier options to use include the Favonius Sword or the Harbinger of Dawn.

Layla shines with a four-piece Tenacity of the Millelith Set. If you don't have enough pieces to make a good set for her, you could use a four-piece Noblesse Oblige set to generally support the party, but it pales in comparison to the first option. Her artifacts should heavily increase her HP%, and the ideal build will have HP% as a Main Stat on the Sands, Goblet, and Circlet Piece. Energy Recharge can be a helpful sub-stat to find on these pieces as well.

Layla is frequently used to support other Cryo characters, such as Ganyu or Ayaka. Throw Shenhe into the mix with an Anemo or Hydro support unit and you're set. You can also substitute Layla for Zhongli in some of his frequently seen team comps, like as a support for Yoimiya. In some situations, Layla can also be flexed to a Superconduct team, supporting Physical DPS characters such as Eula or Razor.