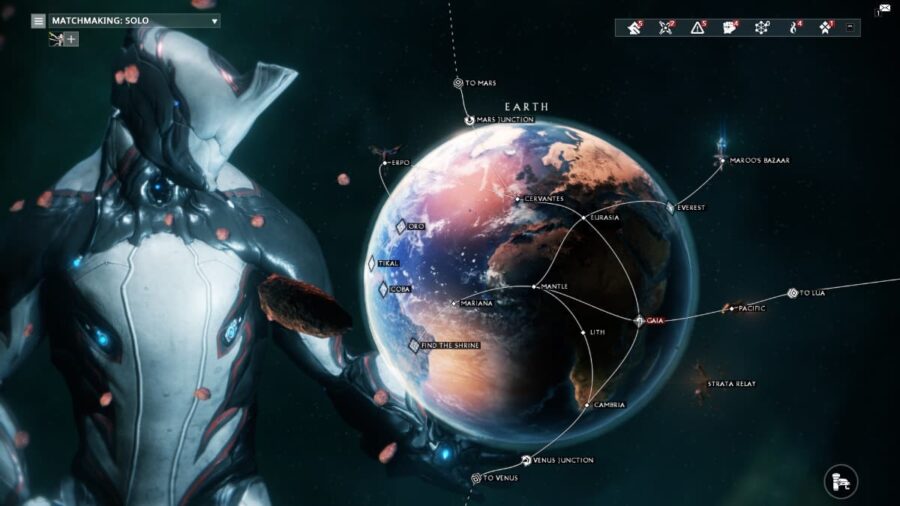 If you are trying to farm orokin cells in Warframe, the best places to start are with missions on Saturn and Ceres. However, you will need to choose a specific selection of mission types.

The first is an assassination mission called Tethys, where you will need to kill a boss called General Sargas Ruk. Killing this boss will reward you with the orokin cells you seak, along with the possibility of the cells dropping from the normal enemies during the mission.

Another similar mission would be the mission Helene, where you will need to kill another boss called Sargus Ruk. This mission also has a high chance of dropping the cells, so we highly recommend farming it repeatedly.

Related: Does Warframe have Crossplay?

Beyond boss missions, players have a great number of options to farm orokin cells. For instance, Gabii on Ceres is especially a good farming location due to the mission being a dark sector, which means rare resources have an increased chance of dropping.

The missions Semieni on Ceres and Piscinas on Saturn are all also in a similar boat. Whereas both are dark sector missions, so we definitely recommend farming all of them to gain the cells as drops from enemies, as well.

That being said, farming the missions listed above should be enough to net you a steady flow of orokin cells. But should you run into any issues with farming, we also recommend farming the following missions below.

For more on Warframe, check out Where to get Neural Sensors in Warframe and Warframe: How-to Get Platinum (2021)

Where to get Neural Sensors in Warframe