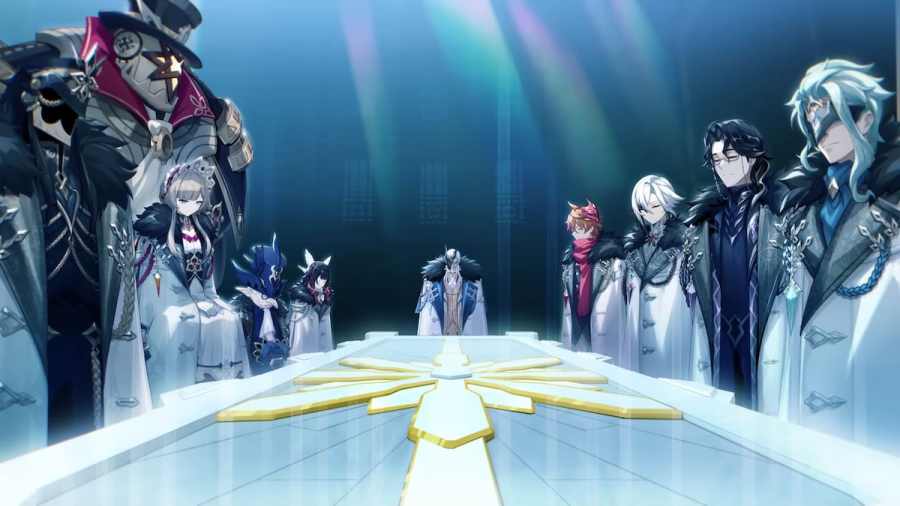 While HoYoverse may spend too many scenes filled with nothing but dialogue to tell it, Genshin Impact's narrative and its ensemble of characters, in particular, are well crafted. Their individual stories and the tale they weave together are some of the game's most enjoyable aspects. Two years in, we've now breached 60 playable characters, with other non-playable characters, such as Timmie and Zhiqiong, adding significant flavor in the background.

The Fatui Harbingers, who on the surface level appear to be the villains of the story, continue to be some of the most complex and enjoyable characters. Unfortunately, out of eleven members, only four have appeared in the game. Most of them are rumored to eventually be playable. While I'm eager to learn more about all of them, there are some that pique our interest more than others. Here's the Fatui Harbingers I'm most excited to meet in Genshin Impact.

Most exciting Fatui Harbingers yet to appear in Genshin Impact, ranked.

For the purposes of this list, I'm not going to include the four Fatui Harbingers we've already been introduced to in the game: Childe, Signora, Scaramouche, and Dottore. I'm also assuming that Pierro, the Jester, counts as a Fatui Harbinger. This recent leak claims that this is not the case.

This is definitely our personal bias, but a character heavily involved in plots to intentionally orphan children is completely irredeemable to us. We are slightly intrigued by Arlecchino's reference in A Winter Night's Lazzo trailer to dying in "foreign lands" and what that means for her character. However, it was quickly followed by a reference to "making the children cry," all but confirming that her character is directly tied to the Snezhnayan orphanages. Our interest quickly plummeted. Genshin Impact may try and make their Fatui Harbingers redeemable, but Arlecchino and Dottore will almost certainly remain on our characters-I-will-not-touch-with-a-ten-foot-pole-list. There are just some behaviors we can not forgive.

While he was directly referenced in Yelan's story quest, Pantalone has yet to appear in-game and remains the elusive financier of Snezhnaya. His reasoning for hating the Gods seems to be tied to his obsession with "fair exchanges" and the lack of much exchange between mortals and Celestia. That, or he's upset because the only method Celestia uses to interact with mortals, bestowing a Vision, seems to have been denied to him. Unfair, indeed. If the core of his character really is "fairness," it's a good enough reason to hate the Gods, I suppose. It's just not the most compelling, in our opinion.

Other than his political aptitude, not much stands out about Pulcinella. That may be what makes this character so insidious, though. Perhaps he is such a cunning and talented mayor that it really has provided him the power to reach the rank of five within the Fatui Harbingers. He wouldn't show that power because no corrupt politician worth their guile would. I'm curious to know the extent of Pulcinella's power, given his high ranking. But his schtick of being a wily statesman, someone who maintains control of people by any means necessary, also leaves a nasty taste in our mouths.

Related: Differences between a Gnosis and a Vision in Genshin Impact

Sandrone, or Marionette, is a rather big question mark. We know that she's involved with the Snezhnayan automaton experiments, a la Katheryne. We know, thanks to Scaramouche and Childe's voice lines, that she works on her automatons, like the one pictured holding her, in a manic fashion. Short of that, she only had one spoken line in the Interlude teaser, which only comprised two words: "Utterly risible." Her lack of common speech and striking resemblance to Katheryne almost make us wonder if the girl pictured really is Sandrone. It could be that "she" is the Ruin Guard holding a humanoid puppet. A Fatui Harbinger that is actually a Ruin Guard, obsessively trying to figure out what it means to create life or even be living, almost like a steampunk take on Frankenstein, sounds interesting.

Nothing about Columbina says "evil" or even "deadly." However, she is ranked third among the Fatui Harbingers, suggesting not only that she is immensely powerful, but that she may not even be human. Columbina seems to have a gentle demeanor, yet she feels confident enough to challenge and tease Dottore, a known psychopath, at the end of the Interlude trailer. She's one large, contradictory enigma that feels deceptive in a way that Pulcinella can't, and her story is something we look forward to unpacking in the future.

Related: What changes in Genshin Impact when Greater Lord Ruhhkahdevata is forgotten?

Revealed to be immensely strong and powerful by Childe and Scaramouche's voice lines, Capitano also seems to have another unique trait. He's apparently an honorable villain. Capitano was not only encountered by Varka at some point during Mondstadt's expedition in the North, but it was suggested he was there to help the expedition team out of a tight situation. Or at the very least, they were both stuck in a precarious spot, and Capitano chose to be cooperative. Mondstadt and Snezhnaya have very strained political ties, but it's suggested that help was given willingly and without a catch. If anyone of the Fatui Harbingers can be made "redeemable," it's likely going to be this guy.

The man who started it all. Not only is he notable for being the head of the Fatui Harbingers, Pierro is all but confirmed to have been deeply involved in the events of the cataclysm 500 years ago at Khaenri'ah. Getting to know this character will probably not come for several years, but you can bet it will come with plenty of reveals about what really took place during that time, how the Traveler's sibling was involved, and what Pierro knows about "the truth of this world."

Fatui Harbingers I’m most excited to meet in Genshin Impact