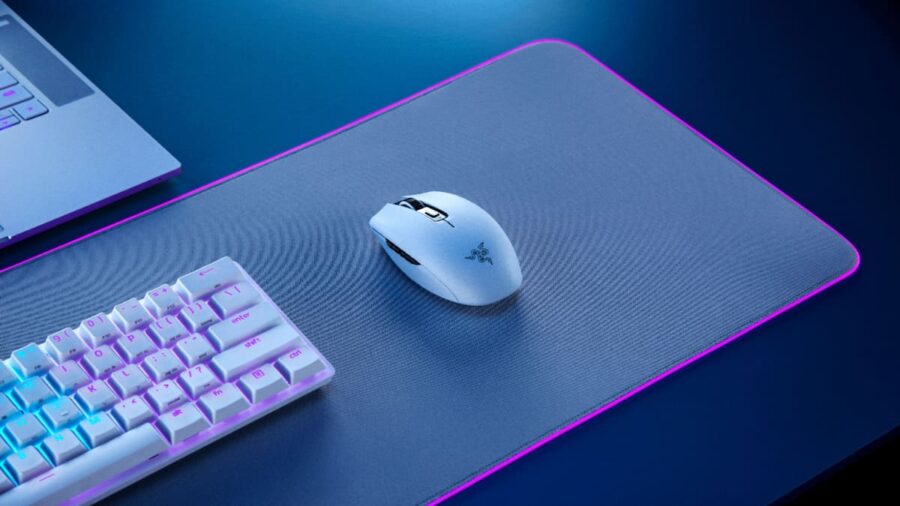 There are literally thousands of gaming mice available in today’s gaming peripheral market, both wired and wireless, budget and premium, and all that fall in between.

With the current wave of seemingly everybody switching to wireless peripherals altogether, from keyboards to mice and headsets alike, many casual and first-timers along with even hardcore gamers are trying to find ways to upgrade their setups while saving a few bucks in the process. Besides, everyone likes to save money when they can, right?

The mice listed here cost no more than $70 and aren’t just some of the top budget wireless mice out there, these are some of the best battery-powered wireless gaming mice available overall. If you are a first-timer to PC gaming, I highly recommend going to your local Best Buy or Micro Center and checking out the mice for yourself instead of ordering online right away so you try a mouse that is comfortable for you.

Related: Hard vs. Soft Mousepads: Which is Better for Gaming?

The Logitech G305 may in fact be the best of the bunch considering it works as close to a top-tier gaming mouse as a battery-powered wireless gaming mouse can get.

It has a clean and sleek ergonomic design, designed for small-to-medium-sized hands and for a fingertip grip, features Logitech’s HERO 12K sensor with a 1,000Hz polling rate and reads up to 400 inches per second, competing with several premium gaming mice in the market. It runs on a single AA battery that Logitech claims to give it 250 hours of battery life in Performance mode (which is what 99 percent of users will probably have it on). But when in the slower and less-taxing Endurance mode, the G305 will last a reported nine months despite a much slower performance and response time. In short, the best way to go about this would be to use it in Endurance mode for productivity reasons and change it to Performance mode when gaming. The best of both worlds.

The Logitech G305 is the budget gamer’s wireless mouse, except that quality wasn’t really sacrificed for the lower cost. It does not have Bluetooth and numerous other buttons, but for a standard, wireless gaming mouse that features both a 1ms response Performance mode and a battery-saving 8ms response Endurance mode, you can’t go wrong picking this up.

The Katar Pro Wireless features a 10,000 DPI sensor with a 1,000Hz polling rate and six programmable buttons. The KPW connects wirelessly through a USB-A dongle for the fast, 2.4 GHz Slipstream connection or via Bluetooth for the much more basic, productivity-related purposes. Despite its completely plastic shell, it is very comfortable in the hand and won't slip off during those long, sweaty gaming sessions. At 96 grams, the KPW isn't the lightest gaming mouse around, but also not so heavy either compared to other premium wireless gaming mice available (cough, Logitech G502, cough). Although it runs on a AA battery (one is included in the box), it is reported to last about 135 hours, which is lower than some other wireless gaming mice. Considering the performance of the KPW, that 135 hour lifespan sounds pretty fair, and the battery status is shown through a small light below the scroll wheel, which is a surprisingly appreciated gesture.

Related: How to Clean a Mousepad | How to Properly Wash a Mousepad

The Razer Basilisk X is a very interesting wireless gaming mouse. It finds itself as the budget option of the Razer Basilisk family of mice, but performs and looks nothing like what it costs.

The Basilisk X can just about goes pound-for-pound (or gram-for-gram if you will) with some of the top overall gaming mice in the market. It features dual connectivity between a 2.4GHz connection and Bluetooth, looks and feels like the much-beloved Logitech G502, and features Razer’s 5G Advanced optical 16,000 DPI sensor with tracking speeds up to 450 IPS. Despite its almost insane low price for a mouse with this potential level of performance, the Basilisk X performs as fast as one would expect from a Razer mouse. The Basilisk X boasts a 285-hour battery life on its HyperSpeed mode and 450 when on Bluetooth all on one AA battery.

While there aren’t many customization options for the Basilisk X, this is an incredibly high-performance wireless gaming mouse at a low price. For just $60, and usually on sale for less than $50, this is almost a no-brainer of a pickup if you’re looking for a mouse that’s on the cusp of being amongst the top-tier gaming mice.

The Razer Orochi V2 is the most expensive wireless gaming mouse on this list coming in at a retail price of $70. However, considering it is a Razer mouse, you get premium quality at (in this case) a decent cost that straddles the line of mid-tier premium gaming mice and budget gaming mice.

The Orochi V2 features a relatively small, ergonomic near-egg shape design that is made for almost any grip. Those with larger hands, especially palm-grip players may want to look elsewhere, however, this is a great small mouse for fingertip or even claw grips. It features Razer’s 5G, 18,000 CPI sensor with a maximum 1,000Hz polling rate and six programmable buttons including two on the side for right-handers. It connects via 2.4GHz HyperSpeed and Bluetooth, making it fairly versatile, and can be used with either a AA battery or a AAA battery. The mouse weighs just 75 grams with the AA and a featherweight 65 grams with the AAA battery. On a AA battery, the Orochi V2 lasts a reported 450 hours on HyperSpeed and 950 on Bluetooth, easily overpowering its direct competition, the Logitech G305 Lightspeed.

Big things can come in small packages and the Razer Orochi V2 is a solid example of it. Despite the relatively higher cost for a battery-powered mouse, you get a very lightweight, versatile, high-performing wireless mouse that is worth the extra $10-$20 over its competition.

The original Steelseries Rival 3 wasn’t one of Steelseries’ best gaming mice. Considering that failure, it’s intriguing to see that the wireless version not only succeed, but become one of the top budget wireless gaming mice in the market.

Despite the failure of the original Rival 3, not too much changed for the Rival 3 Wireless. At least, on the outside. It still features a similar shell to its wired predecessor, however everything under the… shell… is updated. The Rival 3 Wireless includes Steelseries’ new TrueMove Air, 18,000 DPI sensor with tracking speeds up to 400 IPS, an upgraded version of the TrueMove Core. It also features dual connectivity via both a 2.4 GHz USB dongle and Bluetooth, which sacrifices speed and performance for longer battery life. Both signals work well even in a signal-crowded environment, making this mouse actually decent to use in coffee shops, gaming cafes, and libraries on campus. The Rival 3 Wireless runs on a pair of AAA batteries that give the mouse a reported 400 hours of battery life in the lower-powered Bluetooth mode.

As far as overall gaming mice are concerned, the Rival 3 Wireless is okay at best. While it has improved under the shell in terms of the TrueMove Air sensor and the solid battery life, the weird shape from the original Rival 3 remains and holds it back from truly flourishing. However, if you’re looking for a bargain for a budget wireless gaming mouse, and this is on sale, the Rival 3 Wireless is worth consideration.

For more Hardware Guides, check out Hard vs. Soft Mousepads: Which is Better for Gaming? on Pro Game Guides!