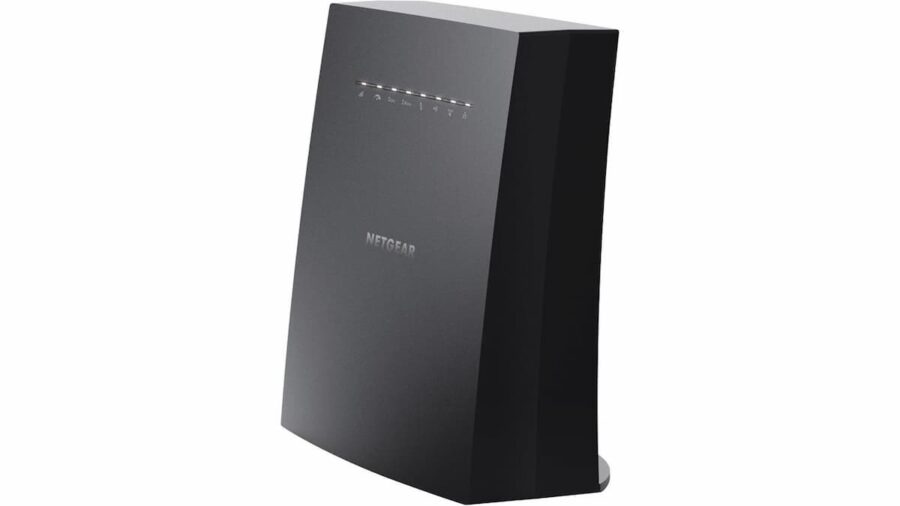 Not all setups are built alike. Even more so, not all setups are connected alike. Every house and apartment are built different and have their routers in different locations. Sometimes it's not only harder to connect directly to the router, but it's hard to get a good connection to the router with various things getting in the way of the signal. This is where Wi-Fi extenders come in. Wi-Fi extenders take the signal from your main router and amplify it throughout your house or apartment, strengthening your signal to your device.

Not everybody has the luxury of having a wired connection, thus having to rely on going wireless. The best Wi-Fi extenders not only extend the signal from the main router to wherever it needs to go, they also help delegate multiple devices that would be on that signal or channel, again limiting lag and weak signal strength. It also looks a lot cleaner to have a Wi-Fi extender connected halfway from the router to the room than one long wire or more running through a house. If you can manage to use multiple range extenders in one network (similar to a mesh network) place one point by your PC or console and plug your ethernet cable into that to maximize your extended connection.

TP-Link’s internet products fly under the radar sometimes when compared to the likes of Netgear and Asus. The MU-MIMO Range Extender RE650 may be a bigger and heavier range extender, but it’s almost as powerful as having another router in the room and is one of the best Wi-Fi extenders out in the market now.

With the RE650, you get speeds of up to 1,733Mbps on the 5GHz band and up to 800Mbps on the 2.4 GHz band, speeds that match some of the low-to-mid tier routers out there. You can also plug your device into the ethernet port on the side of the extender to get that much recommended wired connection speed. It features MU-MIMO (Multi User- Multiple input, Multiple Output) support to delegate the speeds to several devices that could connect to it, avoiding any kind of lag or such to keep your connection strong and covers up to 14,000 Sq ft.

The Asus RP-AC51 Dual-Band Wi-Fi- Range Extender is a bit more humble than the TP-Link RE650 mentioned above. It’s smaller, looks more like your basic Wi-Fi extender, and is not as powerful. But at half of the price of the RE650, and if you don’t need blazing fast speeds, this is a good, cheap pickup.

Sometimes you have to play to your strengths, and while the RP-AC51 isn’t the fastest extender out in the market, its strength lies within its reliability and ease of use. You get up to 433Mbps Wi-Fi, can get it up to the advertised 750Mbps with some tweaking, and an ethernet port, not a gigabit port, that maxes out at 100Mbps. For those who have modest internet, who may not be competing or streaming and just want to connect online, this gets the job done consistently.

If you are the type to stick to one brand, or just don’t like Asus, the Netgear AC750 is like the better cousin of the RP-AC51. Much like Asus’s Wi-Fi extender, it's small, simple to install and relatively cheap coming in at around $40.

It works on Wi-Fi 5 on the 5GHz band, increasing its speed capabilities a bit to up to the advertised 750 Mbps on the 5GHz channel and half on the 2.4 GHz band. One advantage that the AC750 has is Netgear’s Fastlane system, which combines both the 5GHz and the 2.4 GHz channels into one to create a higher speed connection to help out more with 4K streaming or online gaming. It won’t give you gigabit-type speeds per say, but it will keep you connected consistently and will battle lag a bit better than Asus. Other than that, it connects easily to your current network and takes little space on your wall outlet.

For those who have fairly mid-tier internet connections at home and don’t have a lot of the newer Wi-Fi 6 devices, this is a good pickup. From its low price and high reliability, this is an easy, simple recommendation for a good Wi-Fi extender.

The Amped Wireless Athena-EX might as well be its own router. It looks like one, offers insane range at 15,000 Sq ft., has a dual-core processor, 128MB of RAM and a whopping 16 amplifiers to not only cover those hard to reach places in your home, but fully blanket it. All of it.

The Athena-EX offers four gigabit ethernet ports to support wired connections to your devices, along with a USB 2.0 and 3.0 ports for media sharing, and MU-MIMO support as well to allow for multiple devices to connect wirelessly to it without any kind of hiccup. Performance-wise, it matches that of the TP-Link Wi-Fi extender we talked about at the top of this list, reaching speeds of 1,733Mbps on the 5GHz band and 800Mbps on the 2.4GHz band, and both max speeds are fully realized on each band thanks to the MU-MIMO support. The Athena-EX gets the advantage over the TP-Link RE650 because of the four gigabit ports at the back and its stronger processing power.

This thing is a monster. It is the Death Star of Wi-Fi extenders and probably the best and most expensive one out there now. And when it works as it should, it will be the last internet type of device you may ever buy.

The Netgear Nighthawk X6S's performance and features leave Wi-Fi extenders in the dust. It features four gigabit ports in the back with three wireless bands, one of which is a dedicated band connected solely to your router. For those with bigger homes this is the perfect one to get, and you get your money’s worth. The X6S doesn’t just amplify signals, it blasts it all over the house despite a seemingly small 3,500 Sq. ft range. It also features a quad-core processor to keep things moving along smoothly and easily connects to your current home network with the Netgear Nighthawk app.

If a Wi-Fi extender seems kind of weak or maybe expensive for what you are getting, mesh Wi-Fi is a great alternative to Wi-Fi extenders as it is as reliable and even a bit stronger than Wi-Fi extenders can be. It keeps you as close to your current home speeds as possible as each mesh point acts as its own router or extender of sorts, so you get consistent, solid performance throughout.

Mesh Wi-Fi systems like Asus’s AiMesh compatible mini-routers like the RT-AC86U can be connected together to create a strong mesh network. The Google Nest Wi-Fi pods may be one of the most consistent and reliable mesh networks around and is easy to manage through the Google Home or Google Wifi apps. The Eero mesh Wi-Fi kits may be some of the best in the market when it comes to mesh Wi-Fi, but they’re also expensive.