While the 1.16 version of Minecraft hasn't fully released yet, you can still play it via various snapshots that are available that contain a lot of what will be released in the update. We're taking a look at a bunch of great 1.16 seeds that you can try now or once the Nether update finally gets added to the game!

You can also use these coordinates if you show coordinates in the options before creating your world (Java you can hit F3)! I try to keep locations I list relatively close to the spawn, so try to head in the direction that matches the coordinates to find it.

If you want to find some seeds for other versions of the game, then check out our Best Minecraft Seeds list!

Due to the amount of changes going on in the Nether because of 1.16, don't be surprised if locations in this area end up being different than described. We'll be updating them once the official release happens if things change drastically.

Here's a list of some of the top Minecraft 1.16 Seeds: 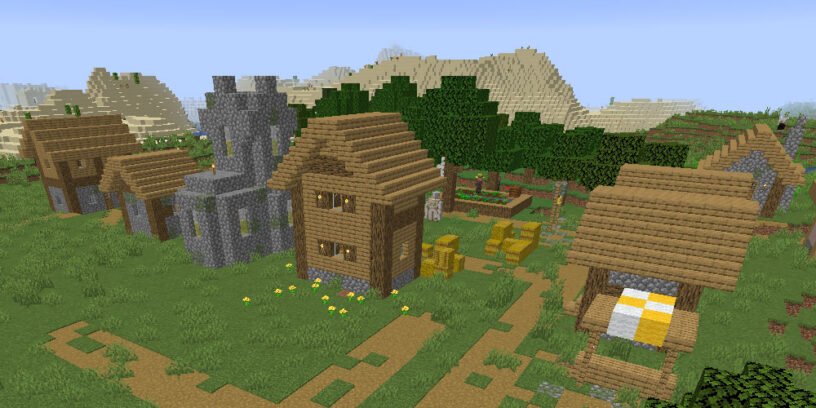 If you'd like a couple of villages really close to your spawn then this might be the seed for you. There's a normal village right nearby, and if you make a short run over to the desert you will find another one. There's also an exposed mineshaft near the plains village which is right near spawn. You can also find a ruined portal, ocean monument, and a couple more desert villages not too far away.

If you want to eventually head to the Stronghold it isn't all that far away from the spawn! We've got the coordinates listed below so you don't have to go looking for it!

You start out in a flower forest biome which is great for finding bees and collecting honey. If we head to the north we'll find a mesa biome with an exposed spawner and some mines to explore. If you keep going north you'll eventually find a swamp biome, ruined portal, and a taiga village! To the south you'll run into an ocean with a shipwreck and ocean ruins. If you keep heading south across the water you'll find a tundra biome and eventually a tundra village! If you head east you will find a really nice mountain biome, and you will eventually run into a pillager outpost. To the west expands the mesa biome quite a bit. If you keep heading this direction you will eventually run into a pretty sweet mansion with a nearby swamp biome! 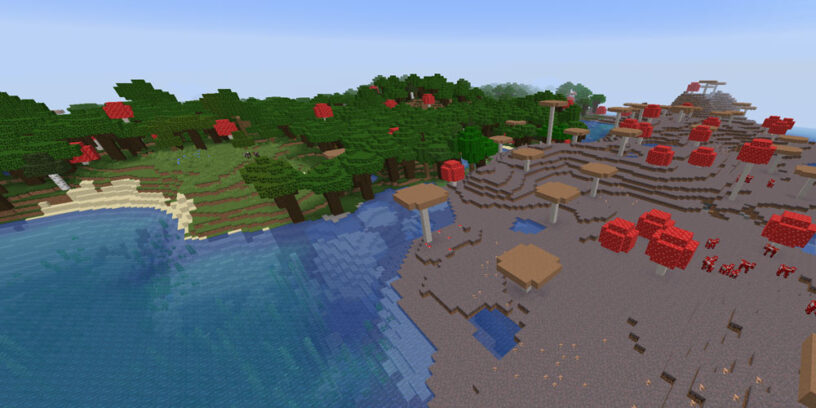 This seed has a lot of diversity right at spawn due to it being near a Mushroom Field, Mesa, and Forest Biome! You can head over to the mushroom area for safety against monsters, and then go explore quite a bit of mines in the mesa biome! If you expand outwards more, you will find villages in the desert, a swamp biome with a hut, and you can find some Ruined Portals as well! There's a lot to love about this seed, so if you're looking for a bunch of variety then this might be the one for you!

If you create a Nether Portal in the initial spawn area you will start out in a Crimson Forest which can have Piglins for trading! 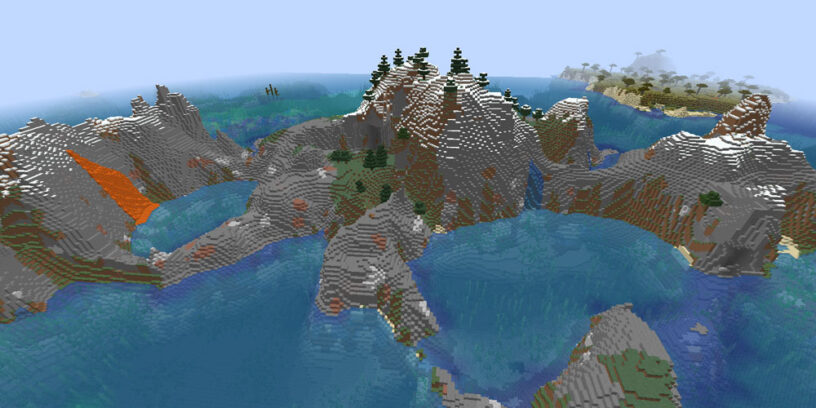 You don't spawn exactly at this large island, but you can make it there without too much trouble if you head northwest and go through the desert biome. Use F3 to track your coordinates or just teleport there using the numbers below.

I did end up running into a Mushroom Field during my travels, but it's pretty far from the island! 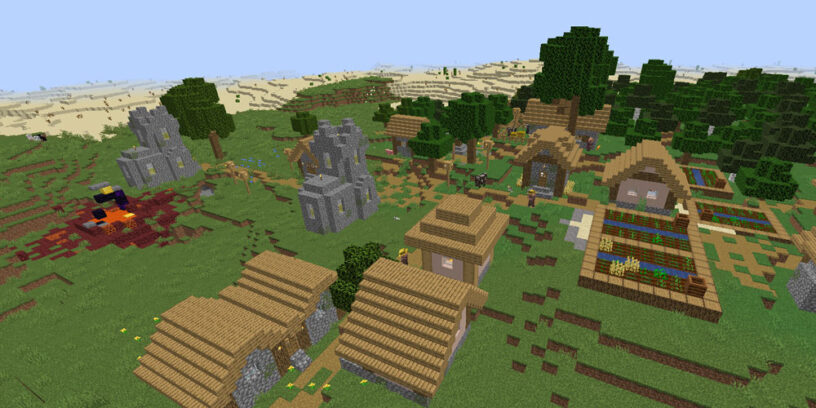 We've got a great seed here with a plains biome that features a large village inside of it right smack in the middle of a large desert. You spawn right next to the village, so it's easily accessible right when you start out. There's also a Ruined Portal right nearby which features a Block of Gold and a Chest you can loot. These are newly added in the 1.16 update. The desert is large and features a pyramid, as well as an additional village not too far away from spawn. There's also a shipwreck right off of shore from the desert village.

I found quite a few villages just doing my general exploring, so it appears this seed has quite a bit to offer if you're willing to venture out!