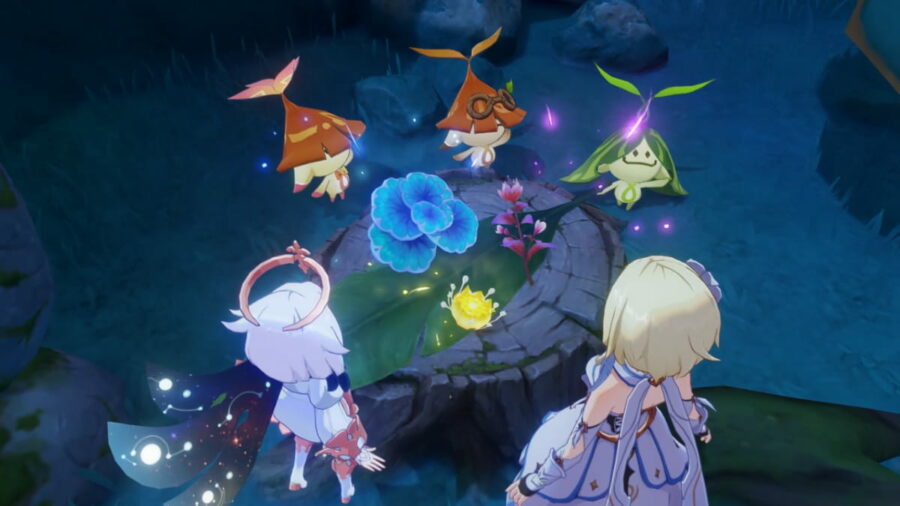 Children of the Forest is a World Quest under Aranyaka: Part II - Dream Nursey. It involves adventuring with Arama by gathering fellow Aranara and helping them solve problems in preparation for the legendary Festival Utsava.

Apart from the above quests, you also need to complete A Delicacy for Nara, which unlocks after all of the above are done. It's a simple quest where you bring the Aranara back to Arapacati in dream Vanarana.

After completing all of the above, you will unlock the World Quest called Sprouting Seedlings, which is also a requirement for completing Children of the Forest.

The Rhythm that Leads to the Gloomy Path (World Quest)

The Rhythm that Nurtures the Sprout (World Quest)

The Rhythm that Reveals the Beastly Trail (World Quest)

Don't forget about non-Aranara World Quest in Sumeru—check out our Genshin Impact A Short Encounter with a Rare Bird hidden World Quest guide to get started.